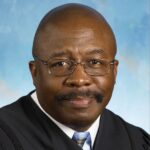 Larry Jones, class of 1975, is in line to be elected for a third term as a judge of the Eighth District Court of Appeals for the state of Ohio. He first assumed the office in 2008 after serving 21 years on the Cleveland Municipal Court, which included being designated by his colleagues to serve as the presiding and administrative judge for 14 years. In 1997, Jones helped establish the Greater Cleveland Drug Court, a collaborative program of city and county agencies designed to hold drug offenders accountable and provide treatment resources to break the cycle of drug abuse and drug-related crime and reduce recidivism, and he presided over it for 11 years. 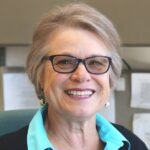 Brenda Major, class of 1972, is an internationally-known expert with more than 40 years of work on the effects of stigma and discrimination on identity and their implications for health and well-being, serves as a distinguished professor in the department of psychological and brain sciences at the University of California, Santa Barbara. The self-described experimental social psychologist has been UC Santa Barbara faculty member since 1995 and published more than 200 articles and book chapters and edited two books, The Psychology of Legitimacy and the Oxford Handbook of Stigma, Discrimination, and Health. She has received many awards and grants, including a Distinguished Lifetime Achievement Award from the International Association of Self and Identity and a Scientific Impact Award from the Society for Experimental Social Psychology. 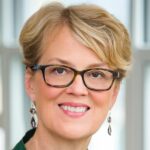 The Rev. Dr. Katharine Rhodes Henderson, class of 1978, is president of Auburn Seminary, a nationally recognized leadership development and research institute, equipping bold and resilient leaders of faith and moral courage to build communities, bridge divides, pursue justice, and heal the world. Auburn was founded almost 200 years ago by Presbyterians and has become an important node in the work of building multifaith movements for justice.

Author of “God’s Troublemakers: How Women of Faith are Changing the World,” Henderson is an internationally known speaker and has been featured in The Washington Post, The New York Times, USA Today, MSNBC, NPR, and more. Her TEDx talk, “Letting God Out of the Box,” was released in February 2017. She earned her B.A. at the College of Wooster, Phi Beta Kappa, her Masters of Divinity degree at Union Theological Seminary, and her doctorate at Teachers College, Columbia University. She is ordained in the Presbyterian Church (U.S.A). 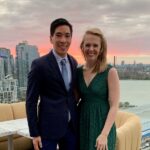 Alex ’10 and Kaitlyn ’10 Jue: Alex and Kaitlyn have been highly involved since graduating from Wooster. Current residents of Washington, D.C., where Alex works for the local government in education policy and Kaitlyn is a preschool teacher in an inclusion setting for children with hearing loss, their passion for Wooster has carried over into a variety of ways. They give to the Wooster Fund annually and are advocates and volunteers for the admissions office, serving as hosts and participants for National Interview Day, among other activities. 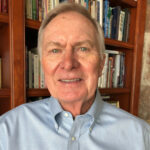 Jim Wilson ’63 and his wife, Linda, have been generous donors of the College and their philanthropy has spanned numerous campaigns, capital projects, and annual fund years. In addition, to being a loyal member of The Wooster Fund’s Leadership Circle, Jim’s major gifts to Wooster have included an endowed professorship and endowed fund in Business Economics, major gifts to the renovation of Kauke Hall and the construction of the Scot Center, and support of the R. Stanton Hales Presidents’ Discretionary Endowment Fund. In addition, Jim established an additional endowment to support the ongoing upkeep of the Scot Center’s well-loved, and equally well-used Wilson Governance Room, and created the Wilson APEX Fellowship Endowment to provide experiential learning opportunities for Wooster students. The College of Wooster is deeply indebted to Jim for his tireless and dedicated leadership and service as an alumnus and as a member and past chair of the College’s Board of Trustees, and for his – and Linda’s – generous and loyal philanthropic commitment to Wooster and its students, faculty, facilities, and programs. 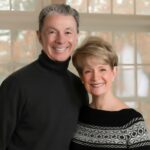 Tom ’70 and Susan ’71 Boardman: About 50 years since becoming college sweethearts, they’ve made an undeniable impact on Wooster as volunteers, attending college fairs, interviewing prospective students, writing notes to admitted students, hosting multiple reunions on campus, participating in Scots in Service, and serving on the Alumni Board. They established two endowed scholarships for students who reflect Tom’s Wooster experience, as he went on to obtain a juris doctorate from Washington University in St. Louis and a 36-year career as an attorney for 3M Company, in which he became a vice president and leader of its office of general counsel.

Read about the Recipients

Alumni Awards are presented in the following categories:

The Distinguished Alumni Award is presented annually to alumni who have distinguished themselves in one or more of the following area: professional career; service to humanity; and service to Wooster. Alumni are selected who exemplify Wooster’s dedication to excellence and its commitment to service.

To nominate an alumnus or alumna for a College of Wooster Distinguished Alumni Award, please complete and submit the nomination form (provided through the link below).