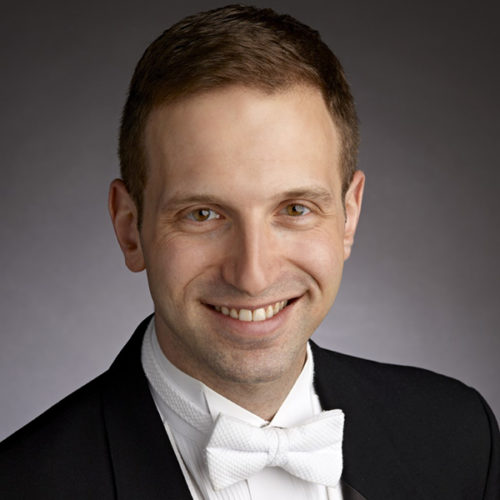 Forging parallel careers as both performer and educator, Daniel Singer has had considerable success as a chorus conductor, a recitalist, and as an inspiring teacher. First hired by The Cleveland Orchestra in 2012 as a staff choral conductor, Daniel has served as Assistant Director of Choruses and Director of The Cleveland Orchestra Youth Chorus since 2017. In Fall 2022, Daniel will join the faculty of The College of Wooster as a Visiting Instructor of Choral Music.

Daniel is active as a guest conductor, adjudicator, and clinician, and has prepared honor choirs and school ensembles in Ohio, Michigan, Illinois, and North Carolina. He recently conducted the OMEA District 4 Junior Honor Choir and the Gordon Square (Cleveland) Honor Choir, and he served as an adjudicator for the 2019 Music in the Parks Festival. Daniel is also an arranger and composer, having written for choral and instrumental groups throughout the United States. Uniting with violinist Andrew Sords, Daniel is co-owner, editor, and engraver for Green Point Editions, a music publication company that brings to light deserving works on the repertory’s periphery in the hope that these works remain in the canon.