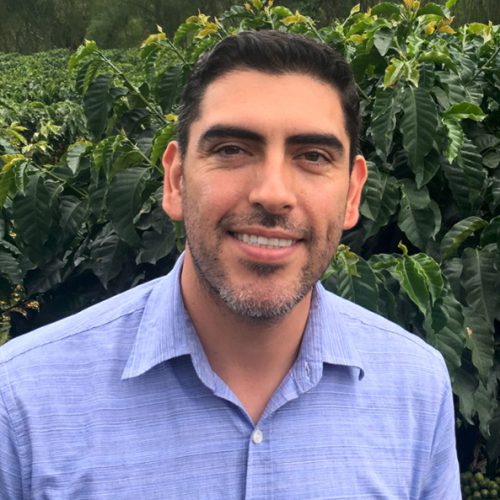 Associate Professor of Theatre and Dance

Jimmy’s research and teaching specialties are Latin American, Latina/o, and indigenous theatre and performance, as well as acting, directing, performance studies, and theatre for social change. His field research is situated in the Bolivian, Peruvian, and Ecuadorian Andes; the Mayan regions of Mexico and Guatemala; and the Southwestern United States.

Dr. Noriega has directed over 30 productions in English and Spanish, including invited performances at theatres and festivals in Belgium, Colombia, Ireland, Mexico, Ecuador, Peru, Israel, Romania, Canada, and New York City. Directing credits at Wooster include: Las Meninas, Life is a Dream, Water by the Spoonful, Latins in La-La Land, Almost, Maine, Eurydice, and The Normal Heart.

He is also the founder and director of Teatro Travieso (Troublemaker Theatre), an independent theatre company that uses performance to create positive change in the world. The company’s first production, Encuentro: Peru!! was crafted during a five-week research trip to Peru and was presented at four different locations in Lima. It was also invited as an official US delegation to the UNESCO/ITI World Festival of Theatre, which was held in Romania.The group’s second production,Women of Ciudad Juárez (by Cristina Michaus) has been on tour since January 2014. It has been performed 34 times to over 9,500 people in 17 locations in Canada, Colombia, Belgium, and the United States (including Dartmouth, Yale, Arizona State, the Pabst Theatre in Milwaukee, and Intermedia Arts in Minneapolis). The company’s third production, Joto!: Confessions of a Mexican Outcast (by Carlos Manuel), had its debut in April 2016 and has been presented in Ohio, California, and Ireland. The show explores what it means to be a queer, undocumented Latino living in the United States. It is the first play to explore the intersections of mixed-status (undocumented/citizen) gay relationships in the wake of the Supreme Court ruling on marriage equality. See a review of the play: http://howlround.com/j-is-for-joto. The group’s most recent show is Trouble Down South (by Janna Haywood) and critiques the relationship between Southern culture and expectations of femininity on the protagonist as she narrates stories of her childhood, adolescence, and coming out.