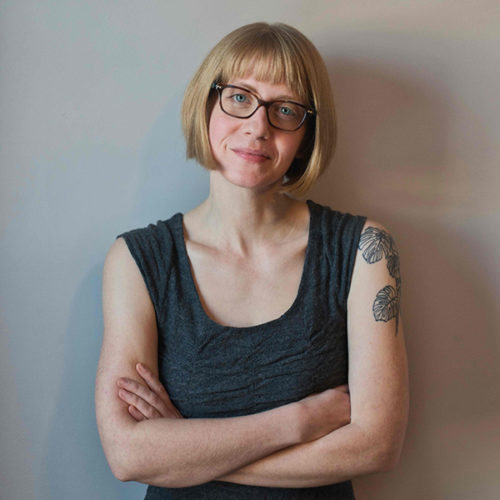 Katharine Beutner (she/her) is a novelist, essayist, and organizer. She taught from 2011-2013 as a visiting assistant professor at the College of Wooster, then moved to Honolulu for four years as an assistant professor of creative writing at UH Mānoa before returning to Wooster in 2017. Prof. Beutner studies environmental writing, queer and disability studies, eighteenth-century British literature, women’s writing, genre, and narrative structure. Her novel Alcestis won the Edmund White Debut Fiction Award from the Publishing Triangle. Her next novel, Killingly, is forthcoming from Soho Press and Corvus in the UK in June 2023. She lives in Cleveland with several dignified old lady animals.