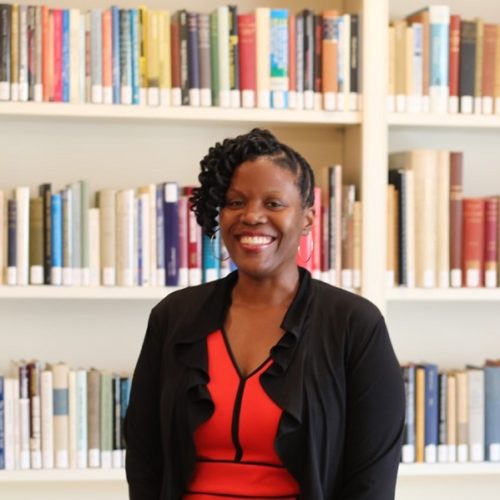 The Acts and Arts of Faith: African American Representations of Christianity (Under Contract at University of Georgia Press)

Review of “A God of Justice?”: The Problem of Evil in Twentieth-Century Black Literature by Qiana J. Whitted. Religion & Literature, 42.3 (Autumn 2010).

Wingard currently serves on both the Minority Scholars Committee and the Gender and Sexuality Committee for the American Studies Association (ASA). She was a Visiting Research Fellow at the Princeton University Center for the Study of Religion and the Princeton Theological Seminary from 2019-2020. She was also a Faculty Coach for the National Center for Faculty Development & Diversity (NCFDD) from 2017-2020.

In Summer 2019, she was a participant in an NEH Seminar on Religion, Secularism, and the Novel. In Summer 2018, she was Alfred Appel, Jr. Curatorial Fellow in African American Art at the Delaware Art Museum. In addition, Wingard has been Mellon Postdoctoral Fellow in Visual Culture at Williams College, a Research Fellow in the Departments of English and African American Studies at Princeton University, and a Research Fellow in the Religion Department and Program in Africana Studies at Haverford College.