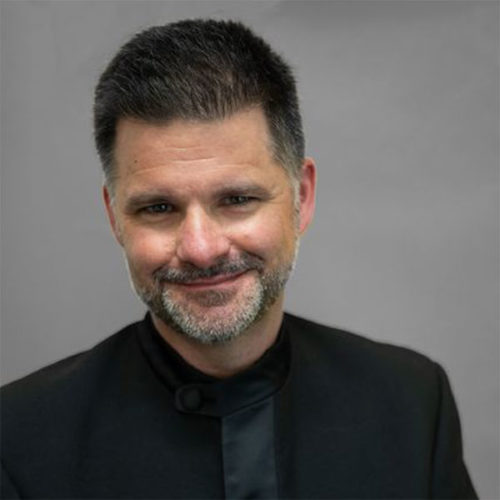 Dr. Jeffrey D. Gershman is the Director of Bands and a Professor of Music at The College of Wooster. His responsibilities in the Department of Music include conducting the Scot Symphonic Band and Wooster Concert Band, serving as the Assistant Director of the Scot Marching Band, and teaching courses in conducting and music education. His previous positions include serving as the Director of Wind Ensembles at the Capital University Conservatory of Music, the Associate Director of Bands at the Indiana University Jacobs School of Music, the Director of Instrumental Activities at Texas A&M University-Commerce, and the Co-Director of Instrumental Music at Monroe-Woodbury High School in Central Valley, New York. Dr. Gershman holds two degrees from Indiana University: a Bachelor of Music Education with High Distinction and the first Master of Music in Wind Conducting degree conferred by the institution. He received his Doctor of Musical Arts in Wind Conducting degree at The University of Texas at Austin. His principal conducting teachers include Jerry F. Junkin and Ray E. Cramer.

Dr. Gershman maintains an active guest conducting schedule with both professional ensembles and high school honor bands throughout the country, including an annual series of concerts with the Dallas Winds (formally the Dallas Wind Symphony). He has presented lectures at many state and national conventions and is in high demand as adjudicator, having judged band festivals throughout the United States as well as in Singapore and Australia. In addition, Dr. Gershman has published articles on repertoire, programming, and score study which have been hailed as “groundbreaking” and has served as a Music Panelist for the National Endowment for the Arts. As an arranger, his transcriptions of works by Frank Zappa, John Corigliano, and Eric Whitacre have received critical acclaim, with performances at Carnegie Hall as well as regional and national conventions.