Unable to join us in person? View the livestream of Commencement and other signature events. 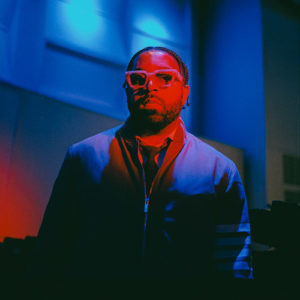 Darius Scott Dixson ’13, known as “DIXSON” professionally, is a singer, songwriter, and producer who plays 11 instruments. He stepped into the national spotlight in 2016 as part of Pharrell’s team on NBC’s The Voice. Shortly after he left the show, he was signed by record label Roc Nation and has since collaborated with notable musicians, including Kim Burrell, Peter CottonTale, Chance The Rapper, Vic Mensa, Pharrell Williams and Beyoncé Knowles-Carter. He also more recently worked with Justin Bieber on the acoustic version of the hit track, “Holy.” And in 2021, he wrote and produced his first solo album with Roc Nation, entitled “Darling,” releasing singles such as “Summertime. Fin,” “Aura,” and “BIG BRAVE MAN”—a song dedicated to his father who passed away in 2019.

In 2022, DIXSON received an Oscar nomination in the Best Original Song category for the music and lyrics of “Be Alive” from the motion picture King Richard, alongside Beyoncé. The song plays during the credits for the film that focuses on the story of the father of tennis superstars Venus and Serena Williams.

A POSSE Scholar from Atlanta, DIXSON graduated from Wooster in 2013, with a self-designed major in arts and media management. While at Wooster, he was part of several ensembles including the Wooster Chorus, The Wooster Fragments, the Wooster Jazz Ensemble, and he served as the music director of his on-campus band, Freddie Cool. In 2010, he became a brother of Xi Chi Psi and also a member of the Black Student Association. In 2011, DIXSON studied abroad in Paris, concentrating in French business and fashion merchandising. As a student, he held internship roles at MTV, The National Conference of Black Mayors, and was a founding team member of the streetwear brand, KITH. 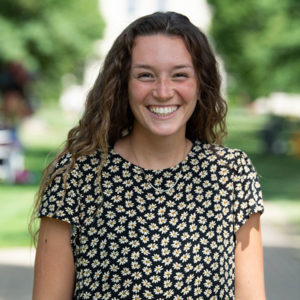 Jenna Smith ’22 is a Sociology major and Religious Studies minor from Vermilion, Ohio, and spent her final year at Wooster researching social justice and community formation within local Faith-Based Organizations. On campus, she spent time singing with Wooster Chorus, A Round of Monkeys, and COWBelles a cappella, was a member of the Ultimate Frisbee team, held two APEX Fellowships, and enjoyed working for the Office of Admissions as a Lead Tour Guide. She will continue her love for sustainable agriculture at Solidarity Urban Farms post-graduation and will promote produce access and coordinate community programming in Lorain, Ohio. She is incredibly grateful for her Wooster community and hopes to continue relationships with friends, faculty, staff, and mentors moving forward. 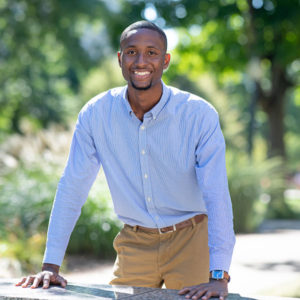 Benton Thompson IV ’22 is an Archaeology major, Classical Languages minor and a Posse Scholar from Atlanta, Georgia. At Wooster, he has participated in the Archaeology Student Colloquium, the Ballroom Dance Club, Wooster Volunteer Network, Eta Sigma Phi, Latinas Unidas, Black Women’s Organization, and many other multicultural organizations. Benton’s APEX Fellowship took him to Lago, Italy, gaining hands-on experience excavating a 2nd Century BC Roman Villa. He also was a Copeland Fund recipient, which allowed him to travel to Jordan for seven days last winter as part of his Independent Study. After graduation, Benton will serve as a research assistant at an archeology field school in Italy. Next year, Benton will attend law school to become a cultural heritage attorney.

Class of 2022 Commencement Schedule of Events