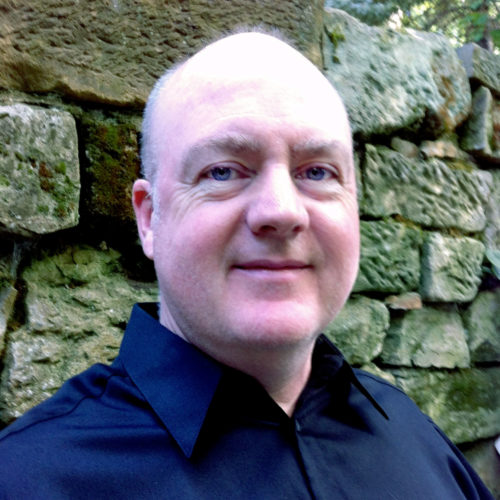 Classical guitarist and composer James Marron has established himself through dynamic performances of the latest in contemporary music as well as insightful interpretations of the classics. A graduate of the Manhattan School of Music, Marron has performed in Italy, France, Germany, Ireland, Canada, and throughout the United States.

As a composer, his music has been performed across the U.S., Canada, Europe and Asia. He has received commissions from GroundWorks Dance Theatre, The Cleveland Repertory Project, Summit Art Space and The University of Akron Dance Company. His compositions have appeared in film and television. Publishers include Mel Bay Publishing in the U.S. and Berben Edizioni Musicali in Italy.

His debut recording “Spring Rising” features original works as well as premiere recordings of works by Roger Zahab, Nikola Resanovic and Ursula Mamlok. His CD “Six Poems for the Angels” consists of works by the South American masters Antonio Lauro, Agustin Barrios and Jorge Morel as well as the original title track. “James Marron Live” was recorded in Guzzetta Recital Hall in Akron, OH. “Burn” is a recording of original songs recorded by the alt country blues band Layer Cake.

The author of guitar methods: “Guitar Styles”, “The Classical Guitar Primer” and “The Classical Guitar Method”, Marron has held teaching posts at Ashland University, The Cleveland Institute of Music Prep. Dept., Baldwin Wallace College Prep. Dept., and the Western Reserve Academy. He is currently Guitar Instructor at The College of Wooster and The University of Akron, OH.