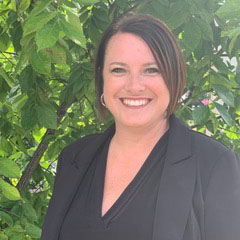 Under her direction, Ferguson’s ensembles consistently earn superior ratings at both district and state Ohio Music Education Association Events. Her ensembles have been invited to perform at the International Music Festival at the Kennedy Center for the performing arts, the Northeast Ohio Band Invitational at Severance Hall, the Ohio Music Education Association Professional Conference, the Magnificent Mile Light Parade, and the Fort-McDowell Fiesta Bowl Parade. Additionally, her performing groups are highly involved in community performances and events within the Northeast Ohio area.

Ferguson recently presented sessions on Sight Reading at the 2018 Midwest Band and Orchestra Clinic, and the 2019 OMEA Professional Development Conference. Additionally, Ferguson has presented her research on several occasions at the Research Roundtable, and Poster Session associated with the OMEA Professional Development Conference. She has spoken about sight reading and concert preparation during instruction improvement days in the Akron Public Schools. Ferguson is published in Contributions to Music Education.

Ferguson is an active member of the Ohio Music Education Association (OMEA). Her service to OMEA includes adjudication and hosting High School Solo & Ensemble Events. In addition, she has been a frequent member of the Professional Conference Planning Committee, has served as the All State Band Chair, and Past-President of District VI.