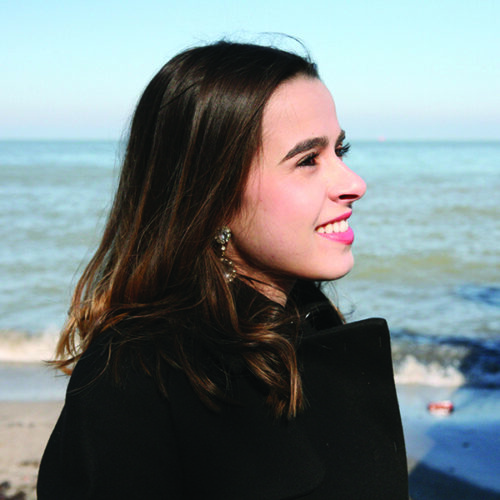 Flutist Kimberly Zaleski studied at the Juilliard School under the instruction of Bradley Garner before pursuing her Bachelor’s at the Peabody Institute of the Johns Hopkins University where she was a recipient of both the 2010 Britton Johnson Memorial Prize and the Richard Franko Goldman Scholarship as a student of renowned soloist, Marina Piccinini. She is a graduate of the Cleveland Institute of Music where she received her Master’s Degree as a student of Joshua Smith, Principal Flutist of the Cleveland Orchestra.

A native of Garrison, New York, Zaleski has dedicated her career to performing, composing and teaching music. Presently, she is the co-founder and flutist in the flute and cello duo, IN2ATIVE and is a Performing Artist on the Roster of the Center for Arts-Inspired Learning Agency. An advocate of chamber music, she is also the Flutist in the North Coast Winds Quintet, Cleveland’s Premier Woodwind Quintet.

Zaleski is the Principal Flutist of the Firelands Symphony Orchestra and Second Flutist with the CityMusic Cleveland Chamber Orchestra. She has also performed with the New World Symphony, Canton Symphony, Ashland Symphony Orchestra, and Cleveland Opera Theatre. She was a two time winner of the Colorado College Summer Music Festival Orchestra’s Concerto Competition and was a featured soloist with the orchestra. Zaleski was a finalist of both Astral Artists Musical Agency in Philadelphia and also Carnegie Hall’s Ensemble ACJW Program at the Juilliard School and holds the distinction of being the first piccoloist on the nationally broadcast radio show, “From the Top.”

In addition to her performance career, she holds the title of Adjunct Professor of Flute at The College of Wooster, and also teaches at the Beck Center for the Performing Arts and Medina Schools. She has been a Guest Artist at Arizona State University and Penn State University where she has given masterclasses and performances.