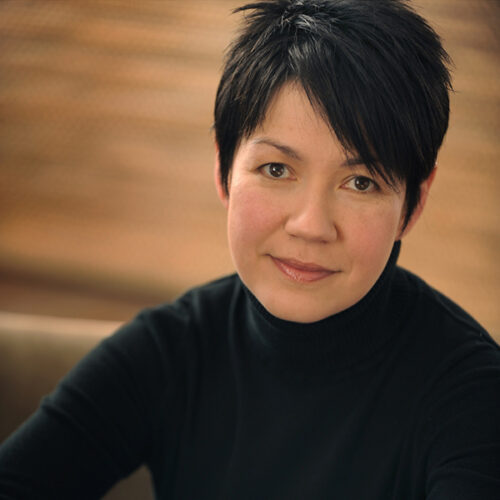 Lisa Wong is an Associate Professor of Music at The College of Wooster, where she co-chairs the Music Department, directs the Wooster Chorus, and teaches courses in conducting, choral literature, and music education. In addition to her duties at the College, Dr. Wong is Director of Choruses for The Cleveland Orchestra. In this capacity, she oversees all choral performances with the Orchestra, and prepares the Cleveland Orchestra Chorus for performances with Franz Welser-Möst and all guest conductors.

Under Dr. Wong’s direction, the award-winning Wooster Chorus has been selected to perform at the Central Division Conference of the American Choral Directors Association, and selected three times to perform at the state conference of the Ohio Music Education Association. Wong has premiered thirteen new works with the Wooster Chorus, including Jake Runestad’s Ner Ner.(2015)

Dr. Wong has worked with students of all levels, ranging from pre-kindergarten through college. Prior to her appointment at Wooster, she was active as a music educator for sixteen years in public and private schools in New York, Pennsylvania, and Indiana. A strong advocate for music education, Dr. Wong remains active as a clinician, guest conductor, and adjudicator. She regularly serves as a Music Panelist for the National Endowment for the Arts and works as an adjudicator for Festivals of Music. She has presented her work at several music conferences and is frequently invited to work with students and educators in clinics and workshops. In 2013, she was invited to Kenyatta University in Nairobi, Kenya as a part of Tunaweza Kimuziki, and in 2015 was selected as a conductor for Conducting 21C: Musical Leadership for a New Century in Stockholm, Sweden.

Dr. Wong has a Bachelor of Science degree in Music Education from West Chester University, and Master of Music and Doctor of Music degrees in Choral Conducting from the Indiana University Jacobs School of Music.