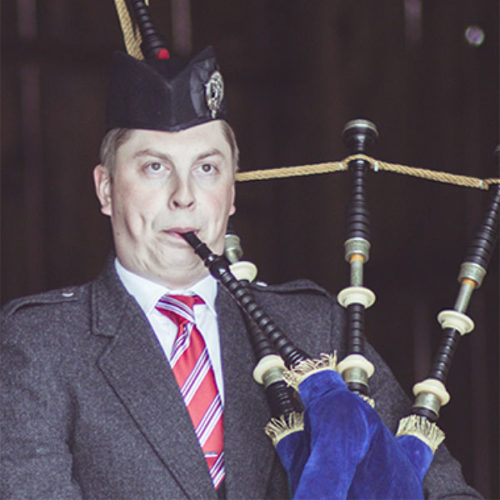 Palmer Shonk began playing pipes at the age of 10 and has received instruction from some the world’s top players. Palmer is a former recipient of The College of Wooster Scottish Arts Scholarship and graduate of the class of 2010. Additionally, Palmer served as the Pipe Sargent of the college pipe band for two years, and as Pipe Major during his senior year. While attending Wooster, Palmer began playing and competing with the Grade One Toronto Police Pipe Band and continued to do so well after graduating. Currently, Palmer competes solo in the professional ranks in Canada, the U.S., and Scotland.  In 2020, Palmer was invited to join the summer teaching staff at the Ohio Scottish Arts School as a piping instructor.