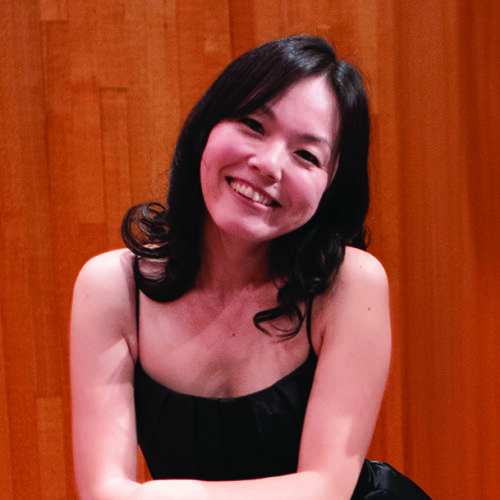 Appointed 2013, Yuka Nakayama-Lewicki is internationally recognized as a pianist and chamber musician, performing recitals from her home in Japan to Europe and the United States. As a pianist, she continues to engage music from our time and is the only pianist to premiere the complete piano works of Makiko Kinoshita, a living female Japanese composer. In 2011, her CDs of Kinoshita’s works have been released under the Japanese “Mother Earth” label and given critical acclaim in Japan, praised by the composer for the “rich musicality and emotional depth” of her interpretations. Yuka has garnered many awards for her pianism, such as winning in the 2010 International Piano Competition of Slavic Music in Vilnius, Lithuania. As a chamber musician, she has collaborated with Kent State University Orchestra and performed Liszt’s Totentanz. She is also a founding member of the JAY Trio, composed of clarinet, violin, and piano. They perform frequently throughout Ohio as well as NY. Their recitals included playing in the Cleveland International Piano Competition ArtsConnect Concert Series and broadcast on Cleveland’s WCLV, Northeast Ohio’s classical music radio station.

Nakayama-Lewicki has earned both BM and MM degrees from Tokyo Gakugei University. She earned an Artist Diploma and a Doctor of Arts in Music degree in Piano Performance from Ball State University with full assistantship scholarship. She was also awarded a full scholarship from Kent State University for her second MM degree to further pursue her graduate studies, emphasizing chamber music. Her primary teachers include Takamichi Kobayashi, Hiromi Takazawa, Ray Kilburn, and Donna Lee. She also studied with Ian Hobson, Arnaldo Cohen, Jonathan Biss, Evelyne Brancart, and Boris Berman.