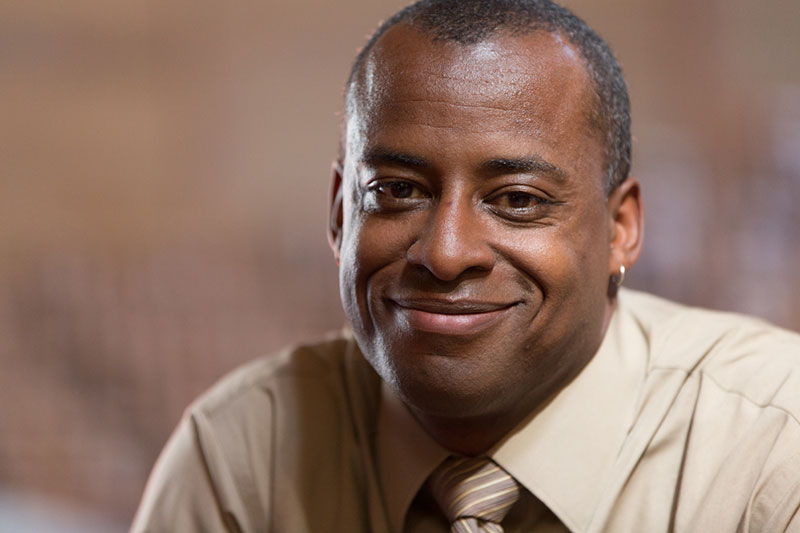 Major: Religious Studies
Job Title: Teacher, The Breck School
When Rob Johnson graduated from the Breck School in Minneapolis and headed off to college, “I knew one thing: I would never return to Breck. Not because it was bad; it was just time to do something else.”
Never say never. Today, Johnson is in his seventh year back at Breck teaching and mentoring young people, working as a colleague alongside some of the same individuals who taught and mentored him.
Johnson had planned to go to Howard University, but his acceptance letter came with a catch: the university had no housing available that fall. “Wooster was a school my guidance counselor really supported and had encouraged me to apply to,” Johnson recalls, and despite having not visited campus, he decided to enroll.
“In the first week, I knew this was the place for me. Everyone, from residence life to the orientation staff was just so welcoming, and the first classes were exactly what I wanted: challenging, full of interesting ideas. Plus Wooster had people from literally all over the world. I wanted to get new perspectives, new ideas, learn how things worked. I would just go up and down my hall, talking to everybody.”
As Johnson settled into campus life and began thinking about majors, “I knew I didn’t want to do religious studies. I’d always been involved in trying to understand religion and Christianity, but I was pretty sure you couldn’t get a job” with a religious studies degree.”
But he found that the classes that most interested him — like Chuck Kammer’s explorations of ethics and religious thought, and Ishwar Harris’s seminar on Mahatma Gandhi — were all in religious studies.
“I was just drawn more and more to it, so eventually I wrote a letter to my parents explaining that I had decided to major in it, and I hoped that was OK. They said they weren’t worried.”
Their equanimity was justified. After graduation, Johnson returned to the Twin Cities and became a youth minister at the Basilica of St. Mary, then chaplain at the University of St. Thomas. He also taught at a Catholic high school for four years, before hearing about an opportunity to return to his alma mater, Breck.
Today, he teaches classes on world religions, ethics, and religious imagery in film in the upper school. He also is involved with an education startup called Innocent Classroom, which he describes as “a teacher training which aims to eliminate the achievement gap between white students and students of color.”
What would he say today to a younger version of himself, a student considering whether to apply to a liberal arts college like Wooster?

“If you want an experience that will challenge you, strengthen you, provide opportunities to get involved in many things, then you have to consider Wooster.”

“I would answer with a question: what kind of college do you want? If you want an experience that will challenge you, strengthen you, provide opportunities to get involved in many things, then you have to consider Wooster.
“Don’t go if you’re just taking the next step. But if you want an opportunity to truly be engaged, Wooster is for you.” 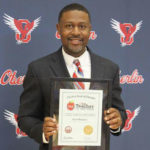 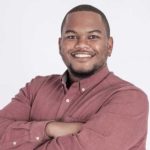 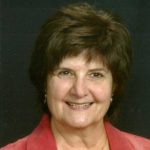