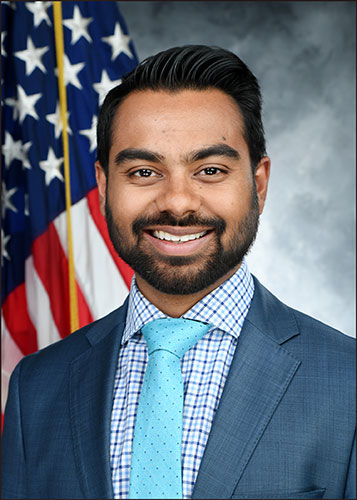 Deval Mehta is pretty sure why he landed a Presidential Management Fellowship and subsequent placement as an information technology manager with the U.S. Department of Treasury. He competed against some of the most highly qualified post-graduate school applicants in the country and his success might have been due to his easily quantifiable accomplishments—a bachelor’s degree in communication studies from Wooster; a master’s in information assurance, with a concentration in cyber security, and an MBA, both from the University of Maryland; eight years of developing software for the healthcare industry; and two years working with hardware development.
But he thinks that while technical expertise is essential, people skills are what gave him the edge. “They needed to know that I had the communications bandwidth to relate to a huge number of stakeholders—from focus groups, to board members, to volunteers.”
The diverse stakeholders that Mehta is responding to are involved in some way with British Petroleum’s oil spill in the Gulf of Mexico in 2010 and the billions of dollars designated for restoration that the U.S. government collected in damages. In July 2012, legislation was passed that ensured that the government would need to stand up a program that would manage a trust fund to help restore the Gulf Coast. Treasury hired Mehta to manage the technology needs for the Resources and Ecosystems Sustainability, Tourist Opportunities, and Revived Economies of the Gulf Coast States (RESTORE) Act program.
In addition to his work on the RESTORE Act, Mehta helped integrate grant reporting through The Digital Accountability and Transparency Act, which requires that the U.S. Department of the Treasury report on how recipients of federal grants spend the money in a way that makes the information accessible and transparent to the general public.
Mehta says the work he did to earn two graduate degrees reminded him of the concepts central to his Wooster Independent Study, in which he researched how a global company interacted with local cultures. He says he also values his three years as a Helpdesk manager at Wooster, during which he honed people skills.
As Mehta learns the intricacies of Washington, D.C., his wife, Laura Van Voorhees ’05 —a recipient of a Clinton Fellowship with the American India Foundation — is also a federal employee at the U.S. Department of Labor.
Most recently, he transitioned to the Office of the Chief Information Officer at the U.S. Department of Treasury and is the portfolio manager for technology projects.