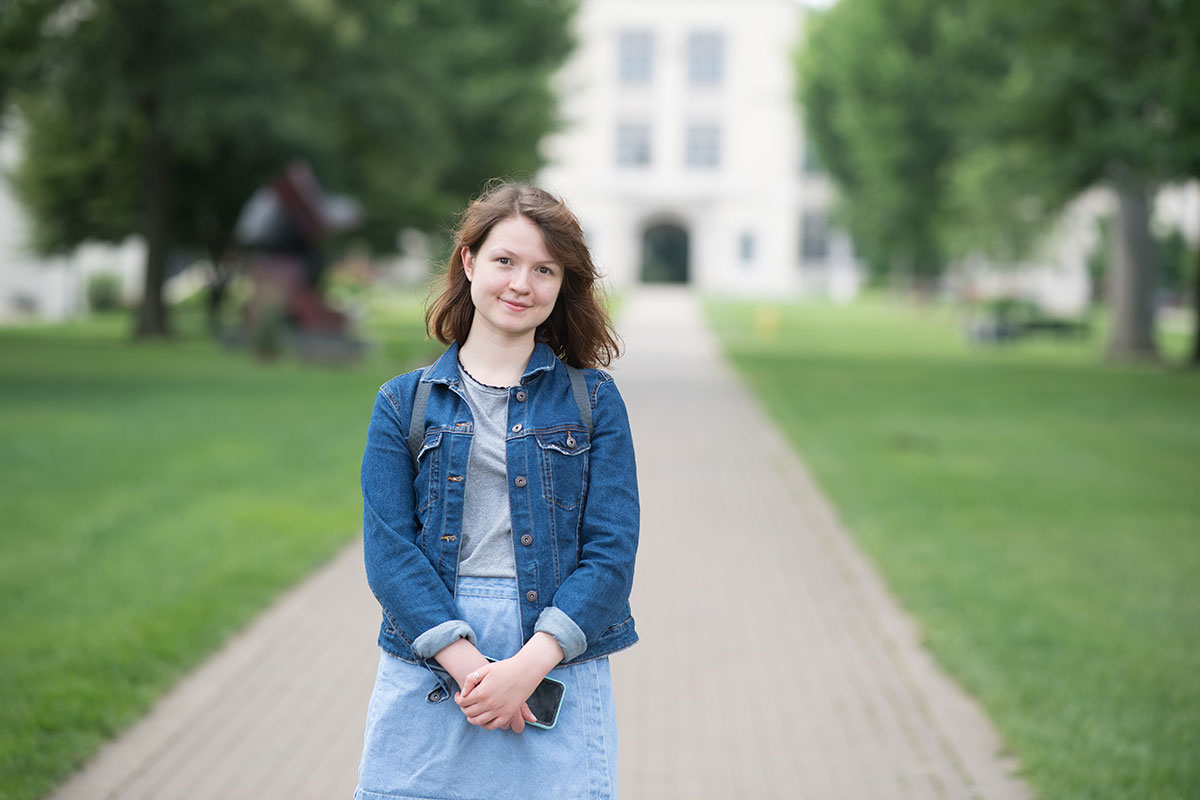 When Matea Paveskovic arrived on Wooster’s campus from Zagreb, Croatia as a first-year student, she was “planning on majoring in international relations, but also vaguely considering biochemistry.” During a series of academic department presentations at orientation, however, she heard Amy Jo Stavnezer, associate professor of psychology and chair of the neuroscience program, talk about how the discipline combined elements of biology, chemistry, biochemistry, and psychology. Paveskovic was impressed. “I really liked her as a person, and her enthusiasm for the field.” A few introductory courses, and she was hooked.
By sophomore year, she had declared a neuroscience major and was working as Stavenezer’s research assistant. That, in turn, led to a summer internship opportunity at the Baylor College of Medicine in Houston, one of the top 20 medical schools for research, where she spent eight weeks working in the lab with Kimberley Tolias, associate professor of neuroscience, and attending lectures and workshops on applying to graduate and medical school. She returned to Baylor the summer after her junior year as well, working in the same lab. “That’s when I decided I wanted to pursue a Ph.D. in neuroscience after graduating from Wooster,” she says.
At Stavnezer’s suggestion, Paveskovic used the data she had spent two summers working on at Baylor as the basis for her senior I.S. research project at Wooster, with Stavnezer as her mentor and advisor.  “We know that children who have brain cancer when very young have a high likelihood of surviving into adulthood if treated with radiation,” Paveskovic explains, “but there are side effects – learning difficulties, attention and memory issues – that can carry on into adulthood, and we don’t really know why that happens.”
For her I.S., she looked at one piece of the puzzle: the effects of radiation on the dendritic spines, which are the part of the neuron that receives information. “We hypothesized that the morphology of that part of the neuron was changed by radiation,” which in turn could be linked to the cognitive effects seen in patients. A month before graduating from Wooster, Paveskovic was already a co-author, along with Tolias and eight other Baylor researchers, of a peer-reviewed paper in the journal Neuro-Oncology.
So, perhaps it’s no surprise that today Paveskovic is back at Baylor, pursuing her Ph.D. in neuroscience in one of the top programs in the country, and looking forward to becoming a professor and researcher herself. In November, she had a chance to catch up with Stavnezer at the annual conference of the Society for Neuroscience in San Diego. Many of her new graduate school colleagues were excited to be attending the event—the largest neuroscience conference in the world—for the first time. It was Paveskovic’s third trip to the conference, having gone with Stavnezer as both a junior and a senior at Wooster.
“Dr. Stavnezer always invites Wooster neuroscience alums to get together for a meal during the conference,” she said. “This year there were four of us recent grads, plus a couple of older grads. Dr. Stavnezer had been the advisor for all of us.”
That sense of community was a big part of what drew Paveskovic to Wooster in the first place, and as so many Scots before her have discovered, it lives on long after graduation.