Andy Nicol ’07 learned to crack codes at the NSA 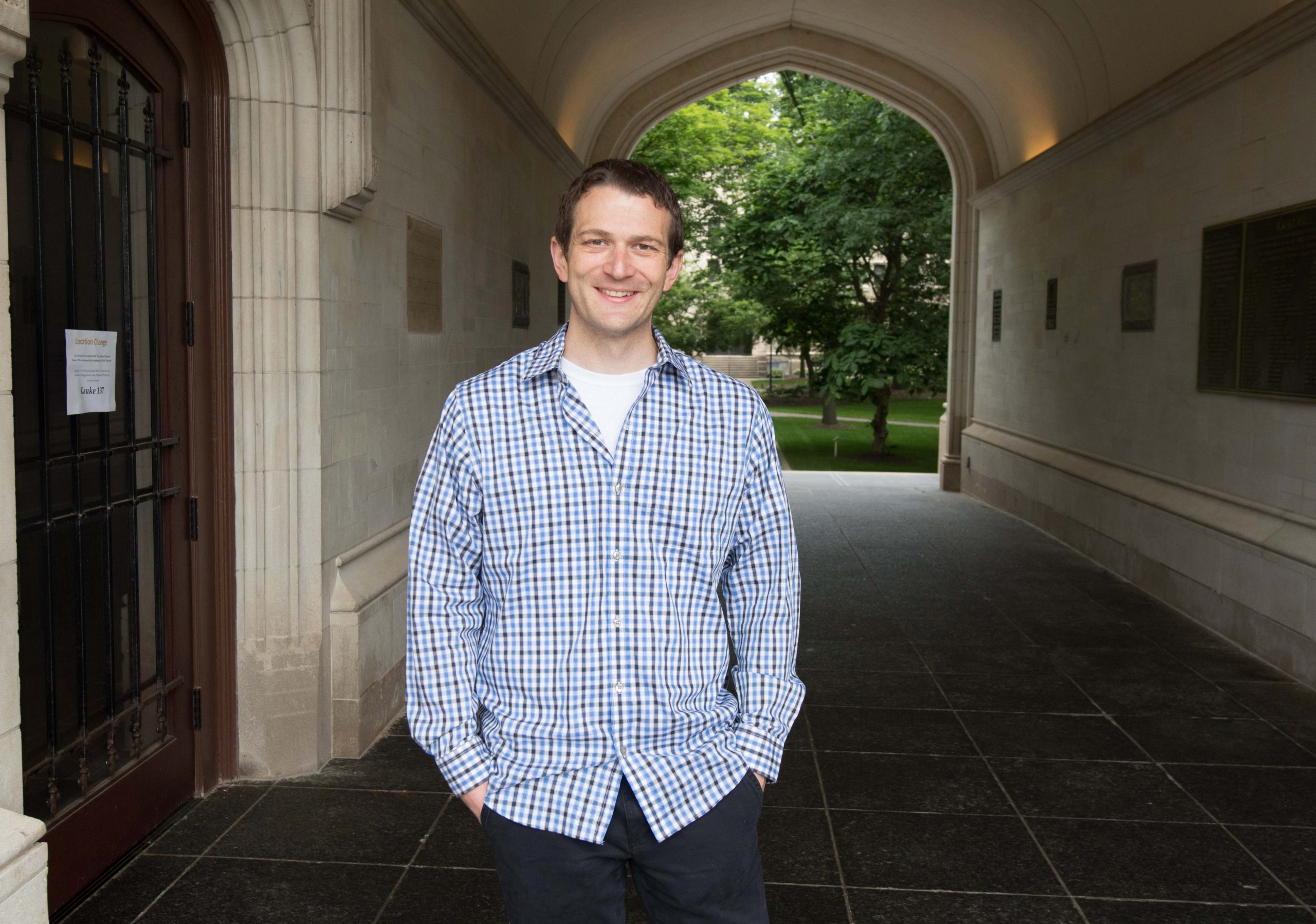 In the final year of his doctoral program in mathematics at The Ohio State University, Andy Nicol began sending out applications for teaching positions at colleges and universities around the country. No surprise there. But thinking back to a cryptology course he had taken with Jon Breitenbucher as an undergraduate, a course he calls “by far my favorite class at Wooster,” he decided to apply for a position with the National Security Agency as well. NSA is the agency within the U.S. intelligence community responsible for the collection and interpretation of signals intelligence, or SIGINT, from foreign communications and electronic systems, much of it encrypted, and for developing the defensive cybersecurity measures that thwart other nations’ efforts to do the same. They also are the single largest employer of mathematicians in the U.S.
As luck would have it, one of the teaching opportunities came through while NSA was still reviewing his application—a process that includes a very extensive background check, as you might imagine—so for two years Nicol taught undergraduates at Otterbein University in Westerville, Ohio. Then, in the summer of 2016, he moved to Maryland to enter the Cryptanalysis Development Program at Ft. Meade, NSA’s headquarters.  Over the course of the three-year program, trainees select five different offices to rotate through, gaining experience and insight into different aspects of NSA’s work.
“Some of the tours that I’ve been to or plan to go to,” Nicol says, “include wireless encryption—studying the security of wireless networking protocols—counterterrorism pursuit, cybersecurity, network encryption and authentication technologies, a signals analysis tour, a mathematically based research and implementations office, and a summer conference in applied mathematical problems.”
Nicol has taken advantage of some additional opportunities and projects as well, spending time abroad and in New Jersey in addition to Ft. Meade, which have given him an extra year in the program. The multiple assignments give program participants “a good idea of what type of work they enjoy, who they work well with, and where they would like to work for a longer period of time.” For Nicol, it also has had echoes of his Wooster experience, working on two AMRE project teams during the summers before his sophomore and junior years, one for Progressive Insurance, one for Goodyear. “These six to nine month tours involve going into a new office knowing basically nothing,” he says. “You get paired with a person who’s been there a while—a mentor—spend a few weeks or months working to develop a solution to a problem, and then present the results. That’s AMRE, which was such a fantastic experience and has really helped me a lot.”
By this time next year, Nicol will be wrapping up his time in the Cryptanalysis Development Program and applying for long-term postings within NSA. Does his deep grounding in mathematics—bachelor’s degree from Wooster, master’s and doctorate from Ohio State—give him an advantage in this field? “I’ve heard many people debate this to no conclusion,” he says. “Some development programs, such as the Cryptologic Mathematician Program and the Applied Math Program gravitate toward applicants with math background, while others tend toward computer science and programming backgrounds. Ask our managers who we hire and they will most likely say, ‘we hire smart people.’ Anybody who comes into our program will need to undergo training and will have much to learn. We want to hire people who can continue to learn and who can think critically and cleverly about problems.”
Sounds like the right place for a Wooster grad.