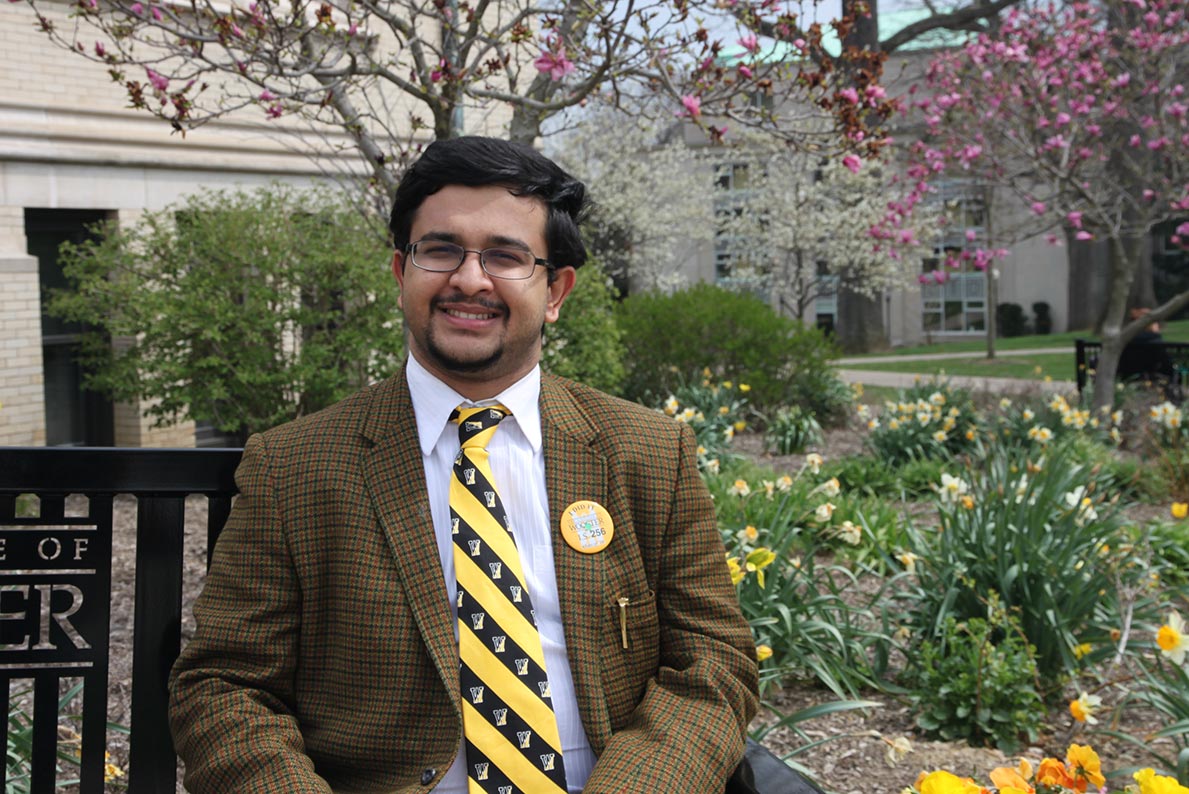 When asked what advice he might offer a prospective international student considering college in the United States, Sunny Mitra responds, “There is no limit to the opportunities you have in college, so follow your dreams.”

It’s certainly advice he himself took to heart from the moment he arrived at Wooster from his home in Kolkata, India. In his first two years at the college, the economics and mathematics double major received two APEX fellowships to support his career exploration off campus, first through an internship with Grameen Bank in Bangladesh, followed by an opportunity to study at the Institute for Financial Management and Research in Chennai, India. He also participated in a Wooster-sponsored academic program in Kenya, an experience he called “eye-opening.”

“I had only done internships in South Asia,” Mitra says, “and this was so interesting to me, as someone from a developing country, to go to another developing country and see what’s the same, what’s different.”

He also got involved with the International Student Association on campus, joined the Wooster Cricket Club, and was elected president of the college’s student government in his senior year.

But it was the opportunity to do serious research, working one-on-one with a faculty mentor – and Wooster’s reputation as the premier college for such opportunities – that really drew Mitra to Wooster, and that prepared him to land a position right after graduation as a research associate with the Evidence for Policy Design program at Harvard’s Kennedy School.

Mitra’s senior mentored research project involved trying to model informal insurance arrangements, of the sort usually seen in families or among neighbors, but also common in developing societies.  For his work at Harvard, Mitra built on this experience in his research to reduce delays in the payment of wages for the government’s employment guarantee scheme.  He also investigated the link between the government’s skills training program in rural areas and female labor force participation.

Today, he is putting the research skills he honed at Wooster to work in his PhD Program in Development Economics at the University of California, Berkeley, where he will focus particularly on Agriculture & Resource Economics.

Mitra says the relationships he built over four years at Wooster with friends, faculty, staff, trustees, and alumni “are steadfast and will last a lifetime.”  And he has one more bit of advice for that prospective student. “There might be times during the cold, snowy winters when you feel lost, but the trick is to fight through those thoughts and you’ll have so much fun making snowmen and filling the Kauke arch with snow!”