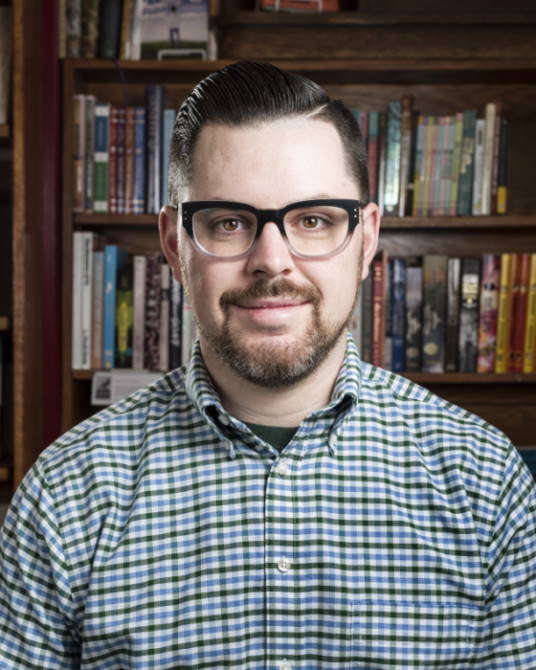 Independent Study projects come in many different forms, but for some English majors, like Danny Caine ’08, they can be a creative writer’s first book-length project. Caine, who since graduating Wooster has written two books of poetry, Continental Breakfast (Mason Jar Press 2019) and El Dorado Freddy’s (collaboration with Tara Wray, forthcoming from Belt Publishing 2020), emphasized how important I.S. was in proving to him “That writing a book is something I can do! As the writer of two books and counting, I can’t overstate how important it was to work on that project.”
Caine’s I.S. was a collection of nonfiction essays about his time as a backpacking guide in New Mexico, a project that prepared him for a career as a writer. “I learned many skills from I.S. I still use today, from the art of putting together a book-length manuscript in terms of tone and sequencing, to the effectiveness of time management to make sure I find time to write during a busy schedule,” he said, crediting his advisor Daniel Bourne, professor of English, as providing significant guidance in both creative writing classes and on I.S.
Effective time management is key for Caine’s career since, in addition to being a published poet, he also owns The Raven Book Store in Lawrence, Kansas, where he hosts events and actively advocates for independent businesses. Last spring, Caine started using The Raven’s online platform, he explained, “to extend our message of pro small-business advocacy. Much of that advocacy warned against the dangers of letting Amazon grow unchecked.” After his posts garnered attention, he decided to articulate his argument in a zine, or independently-published magazine, called How to Resist Amazon and Why. After selling the initial 1,000 copies made by hand, Microcosm Publishing offered to distribute their own version of the zine. “The response has been overwhelming,” Caine said. “Between both versions of the zine we’re at 7,500 sales and counting.”
Caine said that the common thread between his writing, bookselling, and advocacy work is using his voice to shape what he does. “I began to develop that voice at Wooster,” he said, particularly through working on his I.S. Caine described that voice as one that is questioning and curious. “I frequently start to write as a way to attempt to answer the question of how I feel about a subject, especially a subject that gives me mixed feelings,” he said. “I wrote about the stuff in my I.S. because I didn’t know exactly what to feel about it, and I used writing to explore that. I still do that today.”
Photo of Danny Caine, courtesy of Colin MacMillan