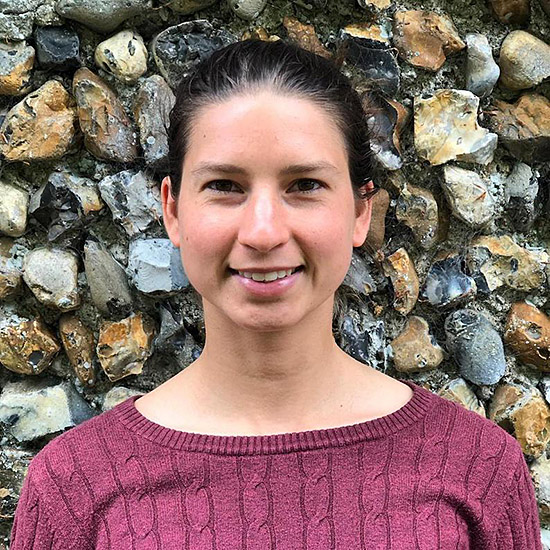 Biochemistry and molecular biology drew the attention of Zena Lapp ’14 because it was the perfect combination of her interests in chemical and molecular mechanisms and her fascination with biology and life, but another interest introduced at Wooster—social justice—helped her hone in on a career path.
Lapp initially came to Wooster for a setting where “the focus is on teaching students and providing them with individual attention,” and the enthusiasm and excitement of her professors in the biochemistry and molecular biology department solidified that it was the major for her. Then, during a class with Charles Kammer, dean of academies of religion, her eyes were opened by the injustices in the criminal justice system.

Lapp’s Independent Study mentor, Associate Professor of Biology Stephanie Strand, further encouraged her to follow the social justice interest. As a result, she volunteered at a children’s home for those who are orphaned or abandoned, called Nuestros Pequeños Hermanos (NPH), in Bolivia. “I really enjoyed asking interesting scientific questions and trying to figure out ways to answer them during I.S., (and) while at NPH, I had an epiphany that I might like bioinformatics because it’s a combination of biology and computer programming,” said Lapp.

Today, Lapp has formed her fascinating mix of interests into pursuing dual advanced degrees in bioinformatics (Ph.D.) and statistics (M.S.) at the University of Michigan, where she “gets to ask and answer interesting research questions, code, work with other peers on projects, and collaborate with people at different institutions.” Her research involves studying infectious disease transmission, infection, and the evolution of antibiotic resistance.

Coding is yet another interest of Lapp, a skill that comes in handy when interpreting the large amounts of data from whole-genome sequences of bacteria from patients. “I enjoy what I’m doing because it combines my fascination with biology and my love of coding,” added Lapp, who co-founded and volunteers with a local chapter of Girls Who Code, a national organization that teaches middle and high school girls how to code.

On schedule to compete her Ph.D. in 2021, Lapp looks forward to applying her data science skills to pressing global health issues, and she credits the faculty members she worked with at Wooster for helping her find and understand her passions. “Wooster prepared me well to learn new skills and think critically about the questions and problems that arise in my research,” summarized Lapp.