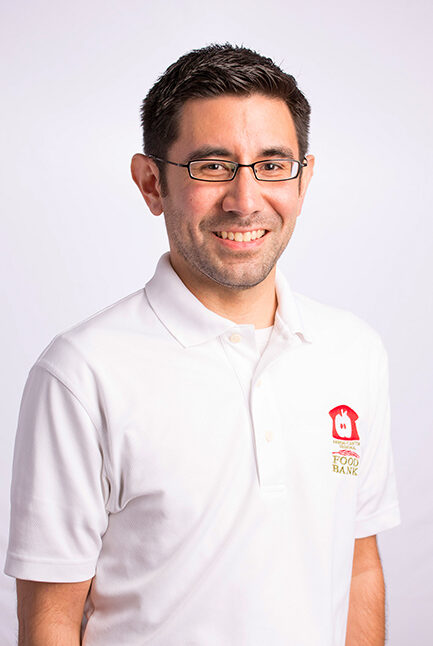 One of the many devastating effects of the coronavirus pandemic has been food insecurity for people who have lost their income, which has subsequently caused an increased demand for food from foodbanks. Michael Wilson ’05, the director of marketing and communications for the Akron-Canton Regional Foodbank, has witnessed this firsthand, as the foodbank is now distributing 30% more food than it did this time last year. “We have seen some of the largest single-day distributions in the organization’s 37-year history,” Wilson said. “Many families who are seeking food assistance are having to do so for the very first time in their lives.”
As the director of marketing and communications, Wilson has had to adjust for the need for increased communication due to the increased demand. “In my role specifically, it’s been a challenge to keep up with our evolving updates to our various constituent groups,” he said. “We have been in constant communication with our staff, board of directors, volunteers, donors, network partners, the news media, and the general public to communicate our response in a timely manner.” Wilson has been able to step up to this challenge using skills that he developed at Wooster. “My Wooster experience prepared me to really think on my feet, to view any situation from all points of view, and to communicate effectively—all of which have been tremendously important in my role during the COVID-19 pandemic,” he said.
Wilson was originally drawn to Wooster because he was looking for, as he explained, “a liberal arts school with a tight-knit community where I could really become connected to my classmates and the college community while receiving a well-rounded education.” The liberal arts education that Wooster offered Wilson has helped him in his leadership roles. “In my career, and especially in my current role at a small non-profit, staff members are usually asked to wear many hats,” Wilson explained. “I feel that Wooster provided me with a clear understanding of what it means to think critically so that I can be a leader not only within my specific role and department but in order to be a leader at an organizational level.”
Wilson majored in sociology at the College, a decision sparked by his desire to make a positive impact in society. “Majoring in sociology taught me to better understand the ever-changing complexities of our society,” Wilson said. He particularly remembered Anne Nurse, professor of sociology and anthropology, as key to his success in the major. “She was the ideal professor who delivered everything a Wooster student could need and want,” Wilson effused. “She was my champion, she was a mentor, and most of all, Professor Nurse was a fun and engaging teacher!”
After being hired by the Akron-Canton Regional Foodbank in 2010, Wilson put his commitment to helping others into practice. “I quickly fell in love with the culture and mission of the organization,” Wilson said. At the foodbank, Wilson said that he feels fulfilled “on a daily basis by our simple mission to feed people and fight hunger.” His position in particular allows him to “tell the story of our important work while safeguarding the organization’s brand,” which Wilson describes as “my favorite part of my job.”
The work that Wilson does has a direct and tangible impact on his community, whether in the midst of a global crisis or not. “As hard as the job may be at certain times, I can always sleep well at night knowing that all of my hard work is making a difference in the lives of others,” he said. Wilson credits Wooster with giving him the skills and motivation to do this kind of work. “My Wooster experience has prepared me to be the leader that I am today,” he said, “to not just sit on the sidelines and watch or worry, but to step forward and have a positive impact within the community.”