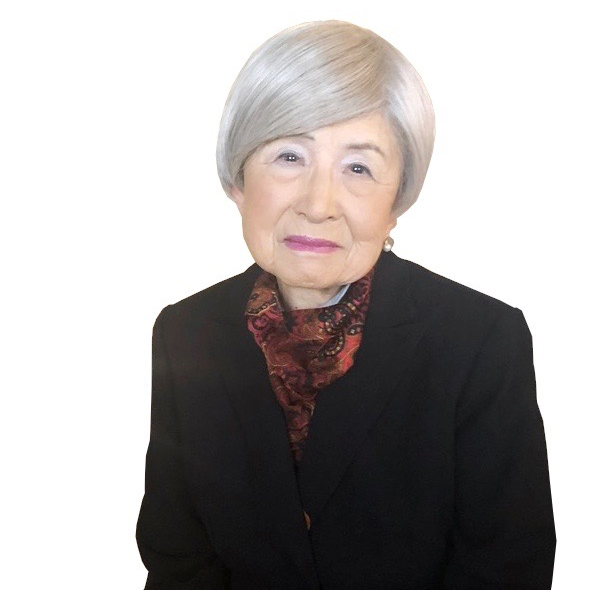 Hideko Tamura Snider ’56 graduated from The College of Wooster 11 years after surviving the atomic bombing of Hiroshima. Coming from a country that had recently been at war with the United States, Snider found it challenging to connect with many of her American classmates and professors at first. “It was not that many years since the Pacific War ended. There weren’t that many people who had experience of speaking with anybody from Japan,” Snider said. “I tried to push the idea of collective healing, but it was long before I had enough insight and understanding of trying to bring Americans and Japanese together.” Snider found the College very academically fulfilling and made friends with whom she is still in touch. “It was a very high standard academically and people were the top of civility,” she said. She would continue to pursue her mission of collective healing in her long career as a therapist and current peace advocacy work.
Snider was a sociology major at Wooster, which was helpful in both her preparation to be a therapist and attempts to process the violence she had experienced and was continuing to observe in the world. “It was very helpful to understand group dynamics,” Snider said. “I could see the news and make a commentary to myself. I could make an observation of the position I was in and look at it objectively.”
After graduation, Snider knew she wanted to pursue social work but also took an interest in theology. She enrolled in a joint graduate program to receive a social work degree from the University of Chicago and a community and church degree from McCormick Theological Seminary. Snider then had a successful career as a therapist for 40 years and ran her own private practice.
Since retirement, Snider has used her story to advocate for nuclear nonproliferation and peace, but it wasn’t something she always felt comfortable doing. “I got into this peace work thing almost accidentally,” Snider said. After her story about surviving the atomic bomb appeared in a 1995 copy of Bulletin of the Atomic Scientists, she was contacted frequently to talk about her experience. “I absolutely didn’t feel like I wanted to keep doing that because it was so hard,” Snider remembered. “I thought if I write a book maybe I could just refer everyone to the book.” Snider published her memoir One Sunny Day in 1996, only to find that promoting the book required her to tell her story over and over again.
Snider began to become more comfortable sharing her experience as a survivor of the atomic bombing and founded a nonprofit called One Sunny Day Initatives in 2007 which educates about the consequences of nuclear weapons and provides initiatives that promote collective healing. She also published a children’s book in 2013 called When a Peace Tree Blooms that drew on her experience. Currently, Snider is at work on a second edition of her memoir and has been interviewed by TV and radio stations. In early March, Snider traveled to Washington, D.C. to see the Enola Gay, the plane that dropped the atomic bomb, in person for the first time. “It was a fantastic experience,” Tamura-Snider said. “I spoke to it in my heart, wrote a poem, and thought about the end of my loved ones and how I just felt so broken up thinking about the instance that the bomb was let go from that plane.”
All of these efforts are in service of Snider’s mission to constantly work for good, something that she says she sees Wooster doing as well. “The world needs my kind of believing in good and living by it and not taking one step back,” she said. “I think Wooster stands for it too.” Snider has been actively involved with the College since she graduated including through giving lectures and serving as the Theologian in Residence in 2000. She received an Honorary Doctor of Humane Letters degree from Wooster in 2010.
Above: Hideko Tamura Snider ’56 speaks at an international sports event in 2019.