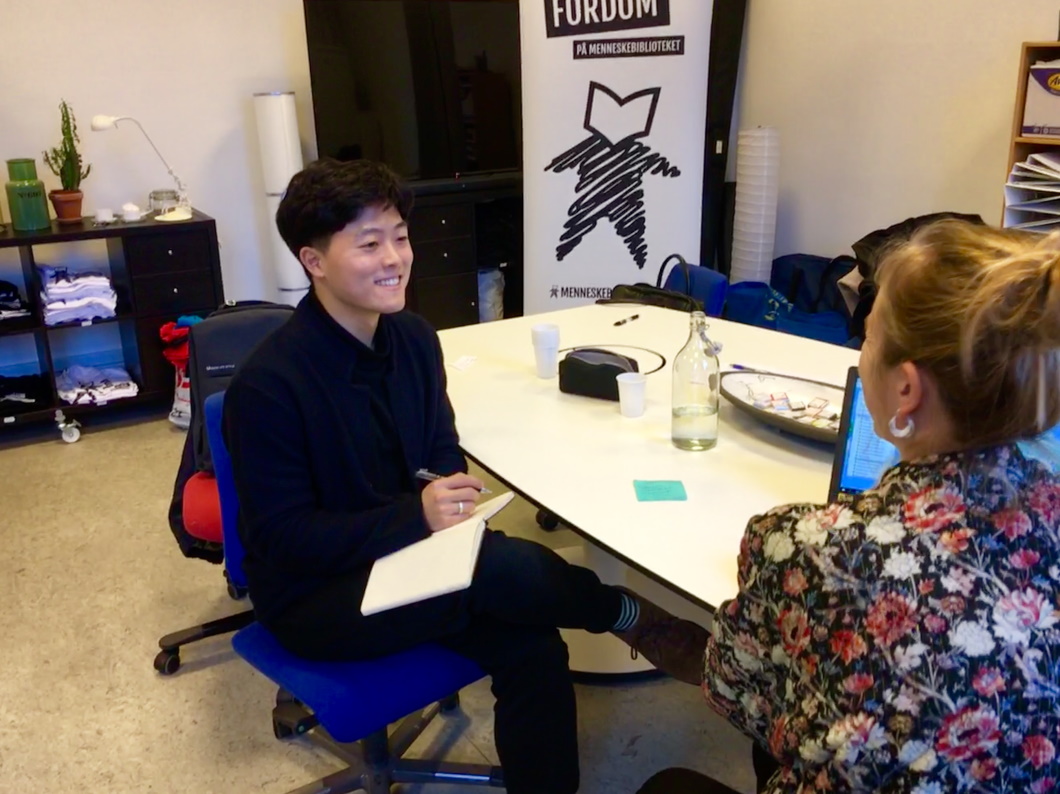 This fall, Jisou “Armel” Lee ’19 was named a recipient of the inaugural Luce 24 under 24 award for WooStories, a small-group conversational workshop he initiated during his time at The College of Wooster. According to The J. Luce Foundation’s website, the award recognizes “young game-changers under 24 who are making innovative contributions to humanity.” In response, Lee appreciated the honor because it allowed him a voice to showcase the successes of WooStories, which previously were only available to the College community. “The Foundation allowed me and WooStories to take a move forward from only remaining local,” he said.
The program allows members of the Wooster community to share their stories in spaces on campus while also participating in a follow-up conversation with the audience. “In the storytelling session, speakers with different backgrounds, experiences and thoughts share their personal stories with their audience [uninterrupted],” Lee said. “When the storytelling is over, the participants move on to the conversation session where the audience can freely ask questions to the speakers, address their thoughts and opinions, and share similar experiences or their personal stories.” The idea for WooStories came from Lee’s interest in the Human Library Organization, an international group that promotes inclusion by recognizing every person’s experience as story or book. He heard about it after attending the Youth Activist Summer Program in his home country of South Korea where they organized a similar, mock human library. “During the program, I recognized that as people share their personal narratives, the conversation quickly reaches a depth we can hardly have with our acquaintances in our daily lives,” Lee said. “I experienced how deeply we can come to understand each other regardless of any differences we have in our backgrounds.” After attending this program, he realized that this program would work well at Wooster because of its welcoming, friendly community. “I knew that people at Wooster pay attention to other people’s stories,” he said.
Lee started developing WooStories during his sophomore year after returning from the summer program in South Korea. With help from students, faculty, and staff across campus, he presented it as a workshop for the 2017 Great Lakes Colleges Association (GLCA) Student of Color Leadership Conference. After finding success at the conference, Lee decided to officially bring WooStories to Wooster. “Overall, my team and I organized 11 events, and in these 11 events, we had more than 30 speakers and more than 250 audience participants,” he said. Additionally, they raised $2,900 worth of funds, grants, and sponsorship from the GLCA and offices on campus. Lee appreciated the support he received from the College for his entrepreneurship.
After analyzing the impacts of WooStories for his I.S., the sociology major learned that this storytelling process is important for both the audience and the speaker because it fosters a better understanding of empathy and humanity. “When people get to know enough about somebody, including their backgrounds, thoughts, and experiences,” Lee explained that they “understand the person because they know what decisions the person made in certain situations—how they did and why they did.” He also emphasized that WooStories allowed the storyteller to wrestle with both positive and negative experiences in their lives. “In this process, they encounter not just bright memories but the ones of suffering, wandering or even trauma,” he said. “This is what composes their story and what the audience engages with.”
Above: For his I.S., Jisou “Armel” Lee ’19 interviewed the Human Library Organization’s program coordinator in Copenhagen.