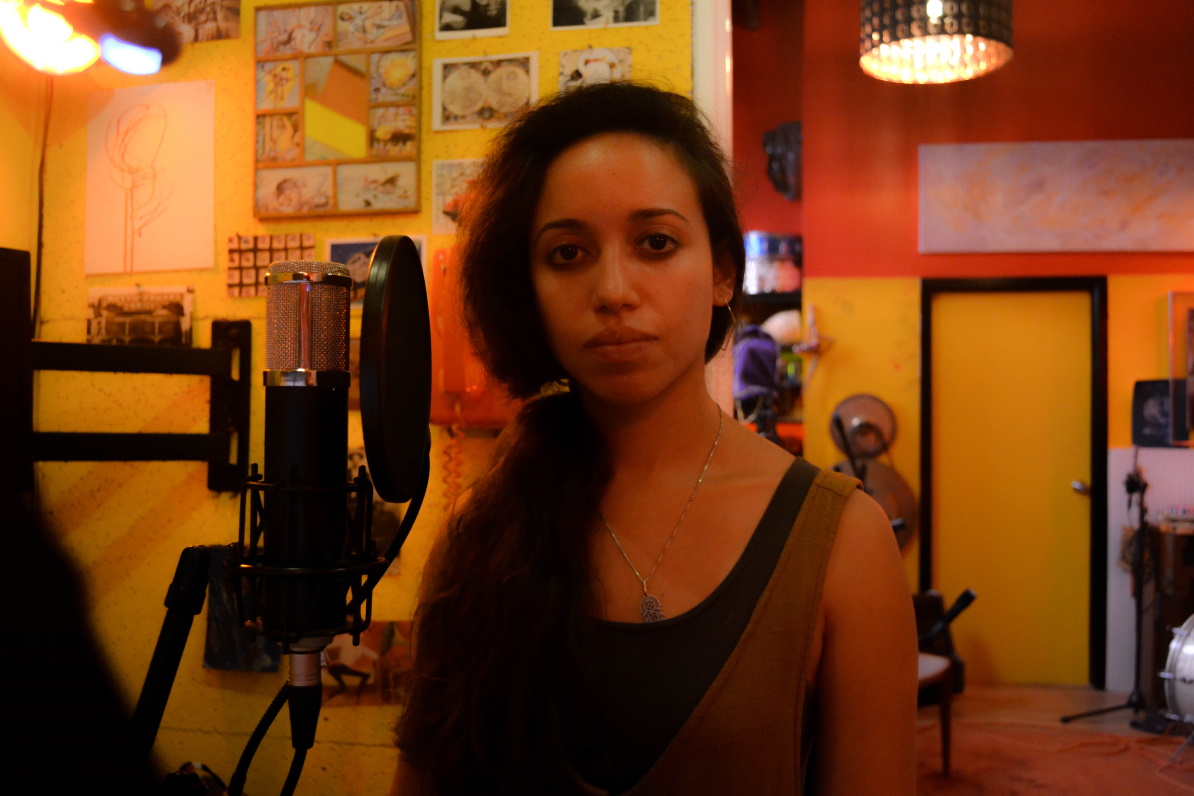 In early 2020, Ainslee Alem Robson ’15 made her directorial debut with the premiere of Ferenj: A Graphic Memoir in VR which she also wrote, narrated, produced, and designed. Virtual reality, or VR, is a 360-degree cinematic experience created using emerging technologies in film and entertainment and experienced through a headset. Robson digitally rendered real-life 3-D images and videos into dots which resemble the same images when viewed at a certain angle, experience she gained from her master’s program in fiction and entertainment at the Southern California Institute of Architecture. “In order to graduate, we had to do research and create a narrative project of our own choosing,” she said, likening her work on Ferenj to the Independent Study she completed in her senior year at The College of Wooster. “Going through the I.S. process gave me the mental endurance and confidence to tackle this creative project in a completely different academic discipline.” 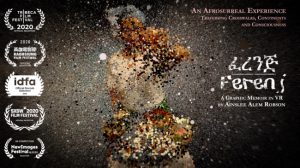 This poster for Ferenj features an example of an image from the film, digitally rendered into a collection of dots.

As a French and philosophy double major, however, Robson was not thinking about a career in visual arts when she graduated from Wooster. Starting out as an English language assistant in Paris, it was not until she went to Addis Ababa, Ethiopia that she felt more visually inspired. Robson, an Ethiopian-American raised in Cleveland, worked for renowned photographer Aida Muluneh on the international Addis Foto Fest in 2016. “Among other responsibilities, I worked with self-taught, emerging Ethiopian photographers to craft artist statements and build narratives from their photo series for the exhibition,” she said. “This was the first time I was really drawn toward visual storytelling and wanted to pursue it further. I was inspired by their ability to portray their own perspectives and define their own realities of Ethiopia and the continent of Africa on their own terms through the production of beautiful and meaningful images.”
When Robson returned to the United States, she enrolled at the Institute of Architecture, but explained that the new academic environment was different than what she was used to at Wooster and was probably more akin to what a studio art major experienced. “Instead of engaging in critical ideas by reading and writing, I was in a studio space where everyone engaged in critical thought through visual and spatial dimensions,” Robson said. Still, creating Ferenj felt remarkably similar to her I.S. process. The film is an exercise in emancipatory thought which Robson centers her culture and excises the “white gaze” from her own biracial Ethiopian-American identity and includes themes like “the idea of home, racism, racial imposter syndrome, and the white savior industrial complex.” She explored many of these topics in her Independent Study and other courses at Wooster. “Ferenj was a natural extension of many core ideas and burning questions I had when I did my I.S., so I actually went back and reread a lot of the same authors and decolonial theory,” Robson said. 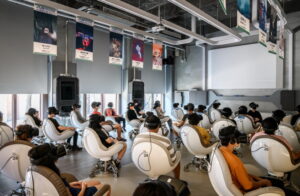 Her debut film has had official premieres at several film festivals, art spaces, and cultural institutions in 2020 across the world, including the Tribeca Film Festival, South by Southwest, and the Cleveland International Film Festival. Even though the coronavirus pandemic prevented an in-person premiere, its online presence greatly extended the audience who could tune in. “It actually premiered virtually throughout the entire continent of Africa on mobile devices at the Electric Africa VR Festival which was the most accessible exhibition I’ve had yet because it didn’t require a headset,” Robson said.
Ultimately, the alumna credited Wooster for helping her access the interdisciplinary skills necessary to create a project like this. “I was able to jump into an architecture school having no design background and figure my way out,” Robson said.
For more information about Robson and her work on Ferenj visit ainsleealemrobson.com/.