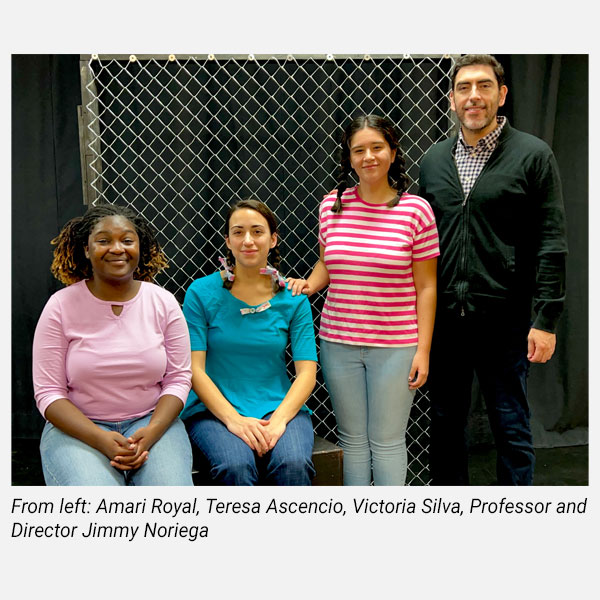 Jimmy A. Noriega, associate professor of theatre and Latin American studies, will travel to Belgium with his theatre company, Teatro Travieso/Troublemaker Theatre, to present a play that he wrote and directed. CAGED will be performed at the Théâtre Universitaire Royal de Liège alongside performances by other invited groups from Germany, Kosovo, Spain, and Belgium. “It is an honor to receive this special invitation,” said Noriega. “Intercultural performance and collaboration are a huge part of who we are as a company, and we are very excited to share our work.”

CAGED focuses on the Trump administration’s “zero tolerance” policy that separated families at the United States-Mexico border and left thousands of immigrant children incarcerated in detention centers. In the play, three children grapple with what it means to endure the journey from Central America to the U.S. and to be separated from their loved ones. The play was originally conceived and filmed in fall 2020 as part of the College’s remote theatre season. “After the success of the 20-minute online version, I was encouraged by audience members to expand it for the stage,” explains Noriega. “It is now a 45-minute production that includes additional scenes, movement pieces, and physical aspects that build upon the original to bring these important stories to the stage.”

The actresses in the production are Wooster students, Teresa Ascencio ’23, Amari Royal ’23, and Victoria Silva ’23. Research on the project included reading books, news articles, and watching online documentaries and interviews about the border crises. Ascencio says, “CAGED embodies the essence of theatre for social change in that it emphasizes the bitter truth of one of the darkest secrets in United States politics—the manner in which families are captured, separated, and left to face unspeakable trauma both inside and outside of ICE’s hands.” Silva adds, “This show gives me the chance to portray an issue that’s very important to me. Our American system of immigration is broken and treats humans as ‘alien’ just for trying to seek a better future.” 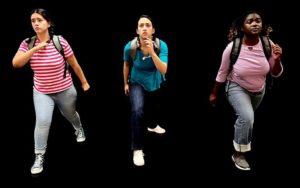 For Royal, being able to work on CAGED has been a great opportunity. She says, “Theatre has always been my greatest form of storytelling, whether it be to share the voices of the voiceless or to tell my own story when I feel I am being silenced in real life.” She continues, “I will never be able to fully express my gratitude or excitement for the chance to tell such an important and powerful story.”

The festival runs Dec. 15-18. Noriega will arrive in Belgium a week prior to guest lecture at the university and to teach master’s students about the intersections of theatre and politics.

Noriega founded Teatro Travieso/Troublemaker Theatre in 2012. It operates on the premise that theatre can create positive change in the world. To date, the group has staged twelve productions, including: Encuentro: Peru!! (performed in the U.S., Peru, and Romania), Joto: Confessions of a Mexican Outcast (performed in the U.S. and Ireland), and Women of Ciudad Juárez (performed in the U.S., Canada, Mexico, Colombia, Belgium, Greece, and India). Noriega has directed over 50 productions and is the current President of the American Society for Theatre Research. The online version of CAGED can be seen on YouTube: https://www.youtube.com/watch?v=7sP6fkJ64L8 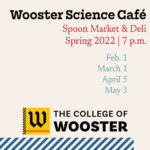 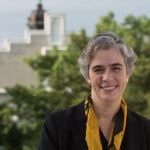 Sarah Bolton named next president of Whitman College, will leave Wooster at end of academic year 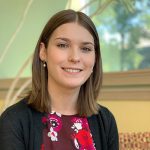