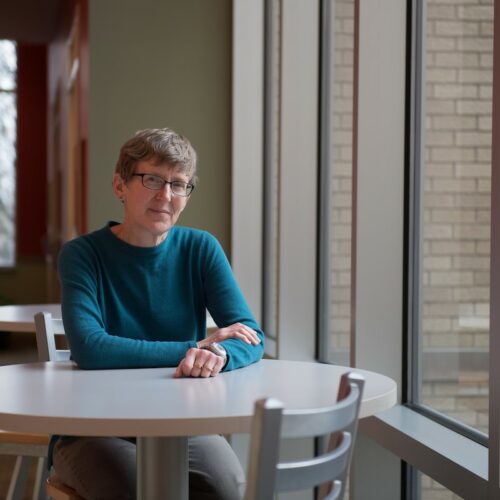 Susan Clayton, Whitmore-Williams Professor of Psychology at The College of Wooster, commented on the idea of “eco-anxiety” in a New York Times article published on Feb. 6. The article, “Climate Change Enters the Therapy Room” examines the psychological impact of climate change, based on a paper Clayton published with colleague Thomas Doherty in 2011 when the notion was seen as speculative,” according to the Times, but today that skepticism has faded.

“We’ve definitely faced big problems before, but climate change is described as an existential threat,” Clayton told the Times. “It undermines people’s sense of security in a basic way.”

The article explores several specific cases through Doherty’s work as a clinical psychologist, that exemplify the ideas suggested in his original article with Clayton on “The Psychological Impacts of Global Climate Change.” They described the impact the effects of climate change can have on an individual’s mental health including anxiety, worry, and depression. It is leading to more professional psychologists to respond to “eco-anxiety” or “climate anxiety,” terms that are becoming more common in the psychological lexicon.

“In 2011, climate change still seemed like something that was in the future,” Clayton said. “Most people thought about the impacts on glaciers and polar bears rather than on people. While more recent, highly visible impacts even in the U.S., like last summer’s heat domes and wildfires, people are much more conscious of the way that climate change can harm human wellbeing.”

In December, Clayton and colleagues published a study in the medical journal The Lancet that examined survey results from 10,000 people, aged 16-25, in 10 countries and found that nearly half of respondents said their feelings about climate change negatively affected their daily lives. The study was also cited in the New York Times piece.

“It’s sad but also validating to see attention to this topic,” Clayton said. “I find that my research is focusing more on climate anxiety than I expected, because of the increased evidence that it exists as well as the interest in it. There are still a lot of questions we need to explore, such as how to help people cope with their anxiety.”