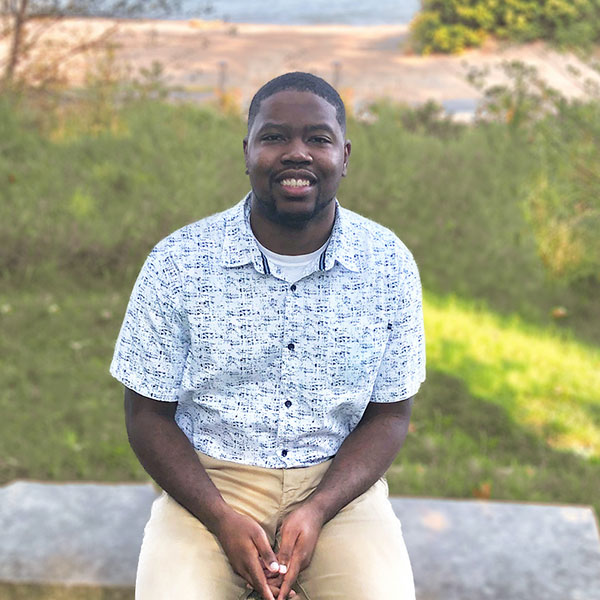 The College of Wooster Alumnus Maurryce Starks ’18 was awarded a five-year fellowship from the National Science Foundation Graduate Research Fellowship Program (NSF-GRFP). Starks will receive three years of financial support through a $34,000 annual stipend and a $12,000 allowance toward the cost of education.

The program seeks to distinguish and support graduate students pursuing research-based master’s and doctoral degrees in STEM disciplines. After graduating from Wooster, Starks worked until 2021 as a research assistant in the Vision and Cognitive Neuroscience Lab at Ohio State University. He’s now a first-year graduate student in the social psychology program at The University of North Carolina at Chapel Hill.

“Receiving the NSF-GRFP award was a major honor,” said Starks, whose long-term goal is to be the principal investigator of his own social neuroscience lab. “It will provide me with the support needed to continue refining my research skills in neuroscience and social psychology.” Specifically, the award will provide additional funding for Starks’ neuroimaging research that examines the effects of racism on cognitive functioning.

Starks is grateful for the support he received while at the College, specifically from Grit Herzmann, neuroscience department chair and associate professor of psychology and neuroscience at Wooster. He called her an “amazing Independent Study advisor and a great mentor, even years after graduation.” She encouraged him to pursue neuroscience as a major during his first year on campus.

“Wooster prepared me for graduate study in every way imaginable,” noted Starks. “Through my coursework, I was able to learn how to conduct research experiments with a team of student researchers. By completing I.S., I was able to gain leadership experience by designing, writing, presenting, and defending my own project that aligned with my research interests. All of these skills have already reappeared in my journey as a researcher in the four years since I graduated.”

Herzmann praised Starks’ leadership and communication skills. “Mo did a study outside my own expertise and very soon came into his own with regard to the content,” said Herzmann. “I learned so much during our meetings, especially those during the spring semester, when our meetings felt more like talking to a colleague than a student.”

She also reiterated that Wooster is very intentional to instill research skills throughout the years leading up to and during I.S. She’s heard often from her students who’ve moved on to graduate school that the way Wooster professors teach courses—by giving students responsibility in presenting, writing, and independent reading—prepares them well for graduate level coursework.

“Even though Wooster is a small school, its Independent Study program is one of the best in the nation,” said Starks. The I.S.—and Wooster’s neuroscience department—originally attracted him to the College, but Starks noted how faculty members across other departments also had a major impact on his journey. Associate Professor and Department Chair of Philosophy, Evan Riley pushed him to ask research questions from different perspectives. Assistant Professor of Spanish Hernán Medina-Jiménez encouraged him to consider contextual factors when conducting research on other cultures and to have fun while conducting research.

Herzmann is sure Starks will achieve his goal of becoming a principal investigator in his own lab. “He was more independent from other students,” said Herzmann. “Mo would try out more things, fail, get back up, and try again. As a result, I had the impression that he grew more in the process than other students were capable of.”