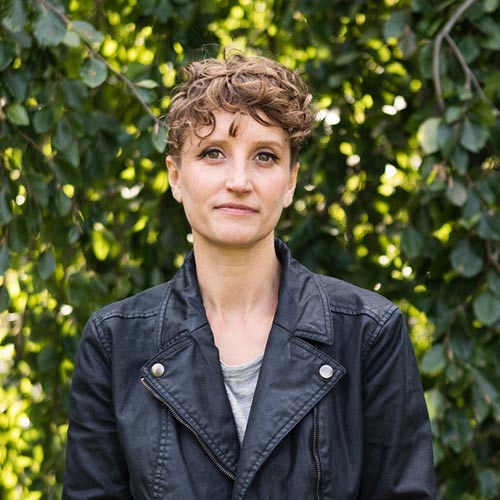 Amber Kempthorn, adjunct faculty member of the Department of Art & Art History at The College of Wooster, will premier her four-part animation Ordinary Magic: A Sunday in the Cuyahoga Valley with the Akron Symphony Orchestra on Oct. 15, 2022, at the University of Akron’s E.J. Thomas Performing Arts Hall. Ordinary Magic is a series of four animations that visually translate British composer Benjamin Britten’s Four Sea Interludes (1945) into scenes inspired by Northeast Ohio and its inhabitants. Each animation corresponds with an orchestral piece from Four Sea Interludes, drawing focus to the familiar objects and routines that embody the “ordinary magic” of the Cuyahoga Valley.

Inspired, Kempthorn applied to the 2019 Knight Arts Challenge, a community-wide initiative funding project that engages and enriches Akron through the arts. The challenge invites local artists to present a concept for funding that follows two basic rules: 1) the idea must be about the arts; 2) the project must take place in or benefit Akron. Ordinary Magic was selected alongside 15 other projects to receive a matching grant. Although the initial idea centered exclusively on “Moonlight,” Kempthorn decided to expand the project, creating an animation inspired by each movement in Four Sea Interludes. The 15-minute hand-drawn animation begins with “Dawn,” a visual interpretation of the first movement, followed by “Sunday Morning,” “Moonlight,” and “Storm.” 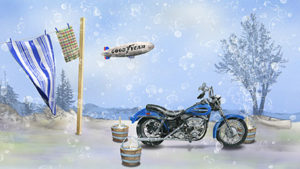 Still from “Sunday Morning” in Ordinary Magic by Amber Kempthorn

The animations required hundreds of drawings, designed and created by Kempthorn over the last three years. A selection of these are featured in the exhibition (With) drawing at the Bonfoey Gallery, Cleveland, Ohio, which opened on Oct. 7, 2022.

“I hope that through visual storytelling the audience feels connected to Britten’s extraordinary music in a delighted way,” Kempthorn explains. Overall, she hopes Ordinary Magic will “pique our shared sense of humor, longing, and imagination, and that maybe for some, help them develop a new love for classical music.”

Kempthorn is also a 2019 recipient of an Ohio Arts Council Individual Excellence Award and a 2022 recipient of a Cleveland Arts Prize in the category of Emerging Artist. The prize of Emerging Artist is awarded to artists currently living in Northeast Ohio who have already created significant work or projects and show remarkable promise for further development of their artistic careers.

Ordinary Magic: A Sunday in the Cuyahoga Valley will be projected during the Akron Symphony Orchestra’s Pastoral Symphony concert on Saturday, Oct. 15, at The University of Akron’s E.J. Thomas Hall. Tickets are available for purchase online at akronsymphony.org.

More information about Ordinary Magic and Kempthorn’s other work can be found on the artist’s site at https://www.amberdkempthorn.com/.