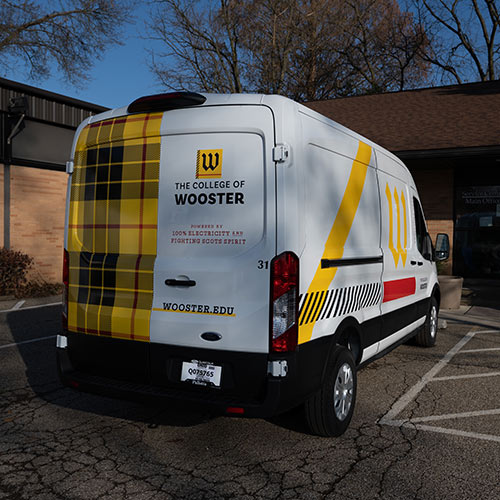 The College of Wooster introduced its first electric vehicle to its campus fleet late this fall, marking an important step forward in making the fleet more environmentally friendly and supporting the College’s commitment to sustainability. According to Angila Tracey, facility operations manager for the College, “This van is a test for campus to see how well these vehicles fit into our environment as well as our efforts toward sustainability.”

Electric vehicles like this one, outfitted in Wooster colors and tartan, produce lower emissions and are three to four times more efficient than gasoline-powered vehicles. They also reduce noise and have lower maintenance and upkeep costs, especially considering the money saved by not needing to buy gasoline. “My department pays the fuel invoice for the campus fleet, and that has grown exponentially the last few years with increased gas prices,” said Tracey. Using an electric van eliminates that cost of gas entirely.

The College’s campus fleet consists of around 50 vehicles. As some of the vehicles in the fleet aged, Tracey began replacing or trading the older vehicles out of the fleet. When it came time to purchase a new vehicle for Steph Porter, a licensed electrician, Tracey determined that an electric vehicle was the best option because of its sustainability, as well as the short distances that technicians drive. After it was purchased, one of the College’s carpenters then outfitted the vehicle with insulation and shelving, allowing Porter to store her ladder and tools in the van. 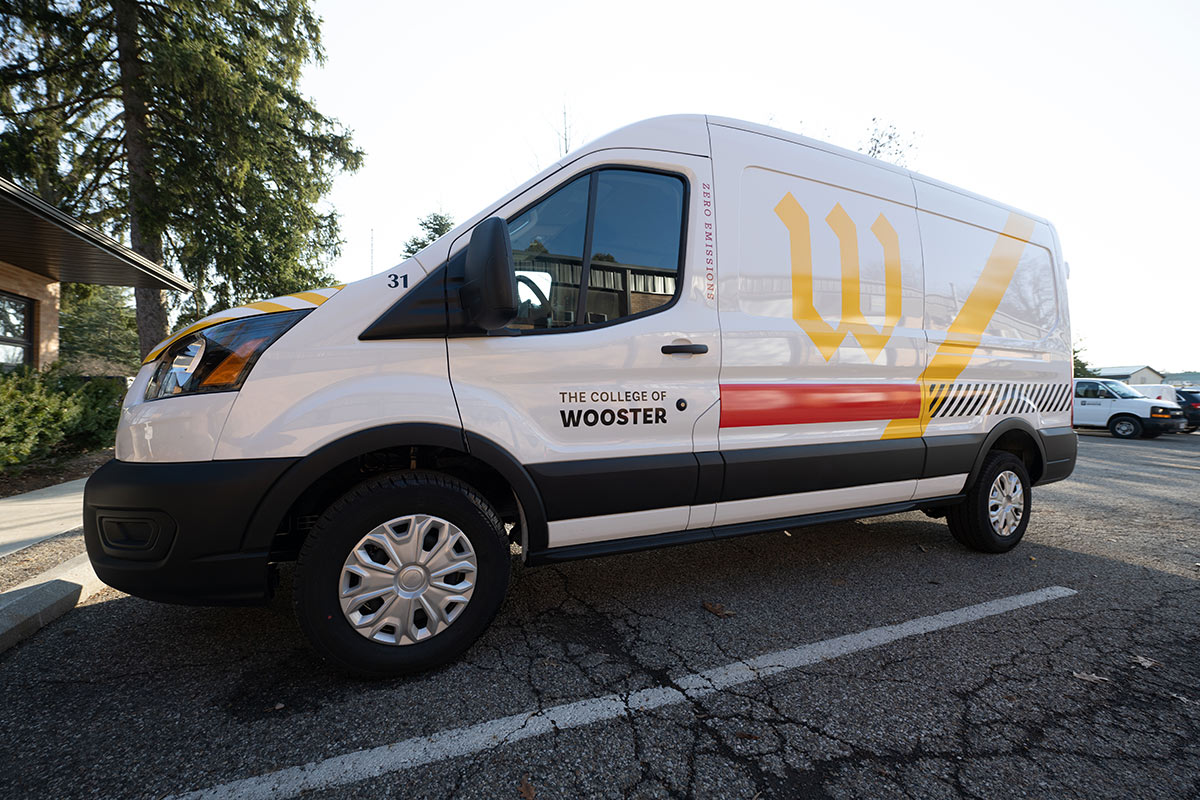 In the future, Tracey says “Our team is very excited to begin the electric vehicle upgrades on campus. We really hope that this van works out well and the campus can explore moving more into this direction in the future.” She and her team are exploring adding more charging stations for electric vehicles across campus and looking into creating a new car share program with electric vehicles.