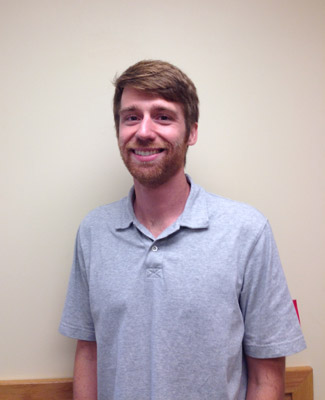 WOOSTER, Ohio – The National Institutes of Health awarded The College of Wooster a three-year grant totaling $284,276 for Seth Kelly, an assistant professor of biology and neuroscience, to further his research on nervous system development.

“I’m excited … and my students are really excited,” said Kelly, a fourth-year professor at Wooster. “This grant not only reflects well on the proposed science, but reflects well on the school as well. The NIH is saying this is a place that can get things done.”
The NIH grant will allow Kelly to continue his examination of intellectual disability, otherwise known as mental retardation. His intensive work on the subject began while a post-doctoral research fellow at Emory University School of Medicine, and he utilizes the fruit fly as a model organism.
“The overall architecture of a fruit fly’s brain is different than ours, however, many developmental processes are similar between human and fly at the cellular level. Hopefully, we can use this fly model as a way to understand how a handful of specific proteins are working during brain development,” he explained.
Kelly’s goals are twofold. First, he wants to train the six Wooster students who will be working with him on this project as strong scientists so they can attend and present their findings at professional conferences. Second, the scientific objective is to learn more about the role several proteins play in brain development. Loss of these proteins has been linked to intellectual disability in humans, thus they are potential therapeutic targets down the road.
The College of Wooster is America’s premier college for mentored undergraduate research. By working one-on-one with a faculty adviser to conceive, organize, and complete an original research project, written work, performance or art exhibit, every Wooster student develops independent judgment, analytical ability, creativity, project-management and time-management skills, and strong written and oral communication skills. Founded in 1866, the college enrolls approximately 2,000 students.