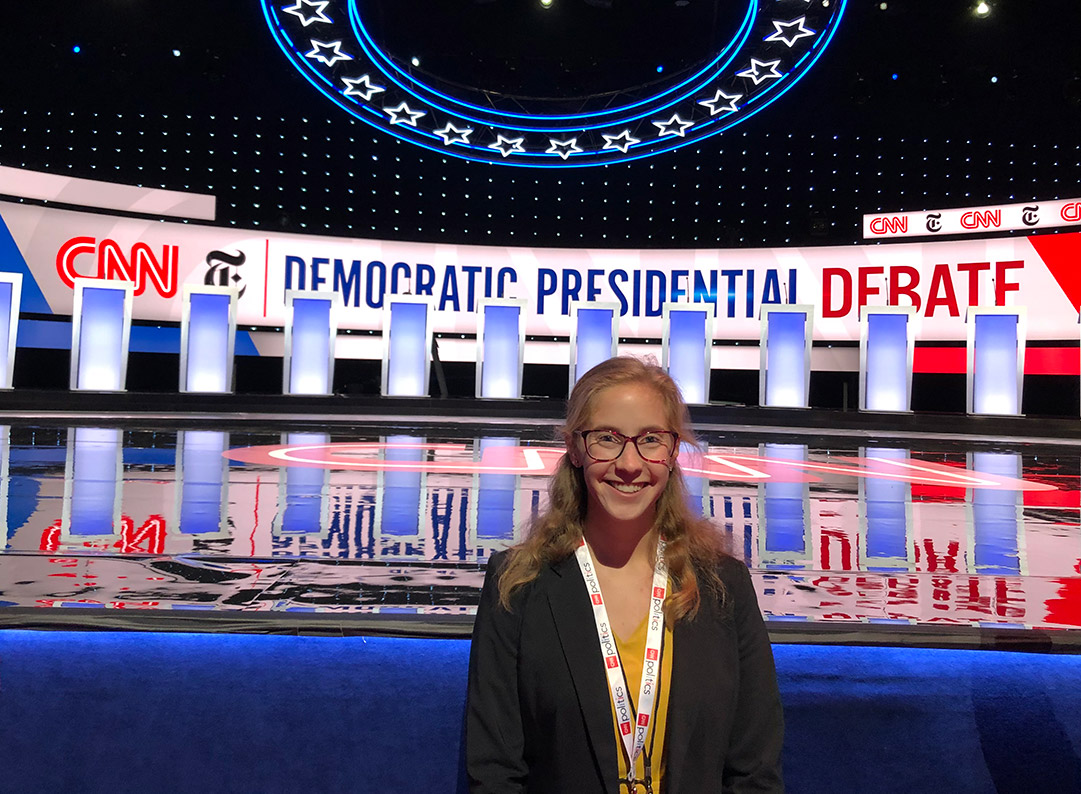 Wooster senior and The Wooster Voice editor in chief, Waverly Hart, had the opportunity to apply her press credentials in a real-world environment at the Democratic debate hosted by The New York Times and CNN at Otterbein University on Tuesday.
“Debates are like a national holiday in my house, so I was very excited to learn that there was going to be one only an hour and a half away from me,” Hart said. Using her position with The Wooster Voice, she emailed CNN asking for a press pass. “Against all odds, about two weeks later I received an email from CNN telling me I’d been approved for a press pass! I was over the moon.”
Hart spent the night in the press room, meeting other journalists, and getting first-hand experience with political reporting. “I was able to talk to Wolf Blitzer, an anchor at CNN, as well as Bret Baier, an anchor on FOX News, about the career of journalism and why they were passionate about it. It was amazing to be in the same room as news personalities I had grown up watching every night,” she said.
Later, she even spoke with one of the candidates. “I’ve had several news internships, but I’ve never done anything this high-profile. I was able to ask Tom Steyer a question about his campaign. After attending this debate, I know I am capable of asking legitimate questions to high-profile people.”
An English major, Hart also spent the summer at an APEX Fellowship with WTOL News in Toledo shooting videos and writing for digital and social channels. With the background she’s been able to build in broadcast and print journalism, Hart feels “more confident in my interviewing skills and more comfortable around sources.” Though initially she thought her chances of attending the debate were limited, “one of my biggest takeaways is simply to go for what you want. If you get a big opportunity like this, don’t be afraid to talk to people. All the reporters I talked to were very nice and willing to talk about their careers, and I know I would have regretted not taking the opportunity to speak with some of my favorite journalists.”