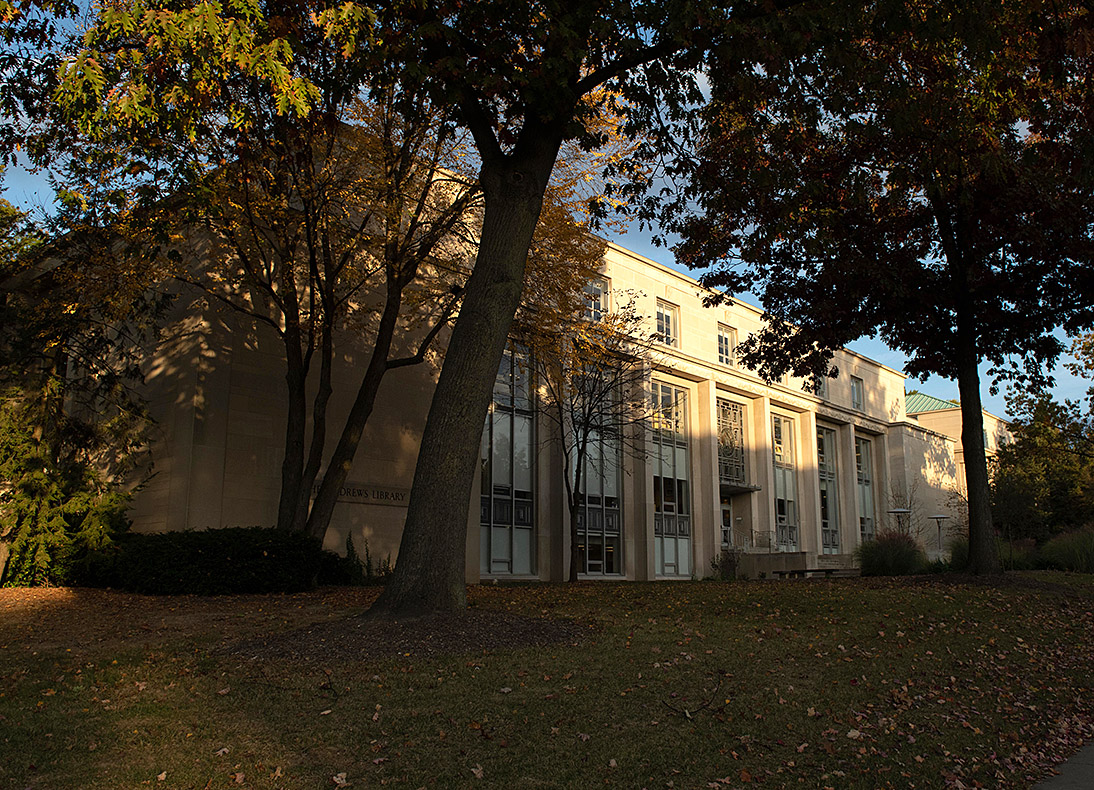 WOOSTER, Ohio – The College of Wooster is among a consortium of higher-learning institutions that is part of a three-year grant, awarded by the Council on Library and Information Resources (CLIR), for “Peripheral Manuscripts: Digitizing Medieval Manuscript Collections in the Midwest,” which will create a digital repository and catalog of medieval manuscripts across Midwestern collections.
The $282,000 grant was one of 18 projects, announced in January, that the CLIR will fund for its “Digitizing Hidden Special Collections and Archives.” Indiana University Bloomington will serve as host for the grant, and work on it will officially begin June 1, 2020.
The project involves digitizing and cataloging 78 codices (books) and 406 medieval manuscript fragments from 22 Midwestern institutions, and focuses on distinct, small collections that have not been economically feasible for holding institutions to digitize and catalog on their own previously.
“We are delighted to be included in this prestigious grant with other liberal arts institutions across multiple states to create a contribution to scholarly access of small collections’ illuminated manuscripts,” stated Irene Herold, Librarian of the College. “These fragile and rare holdings are exciting for students to see and understand their place in knowledge creation and through this grant they will be accessible and able to be seen in the context of other holdings.”
IU Libraries, along with partner libraries in the project, will catalog these objects, including many manuscripts unrecorded in previous bibliographical surveys, and as a result, “Peripheral Manuscripts” will bring a wealth of previously inaccessible and uncatalogued medieval material to scholarly consciousness.
At Wooster, seven illuminated manuscripts, housed in Special Collections, will be digitized for the project. The manuscripts are mostly from the 15th century, five of which originated in Italy and one from England, plus a recent gift from Amy Vandersall ’55, who presented an example of a “Book of Hours,” a 15th century work in Latin and French.
Catie Heil, digital curation librarian, will be participating in a training this summer to ensure that Wooster’s digitization methods align with the project’s specific standards, as she also noted that “we’ll be doing the digitization in house, the materials will never leave the libraries.”