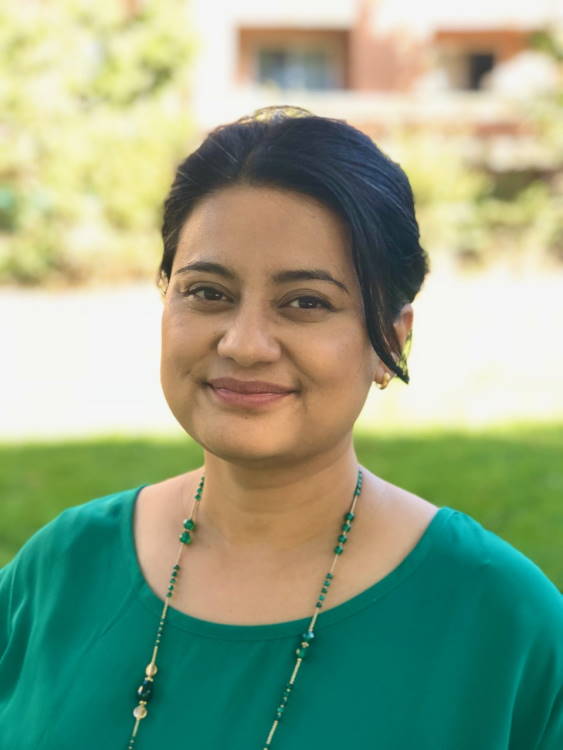 Though Wooster officially formed an environmental studies major after her graduation, Dekila Chungyalpa ’98 made it the focus of her studies at the College. She realized that she wanted to commit her life to environmental issues when taking an earth science class during her first year with the late Professor of Geology Fred Cropp who, according to Chungyalpa, taught compellingly about the “sheer magnitude, relevance, and urgency of environmental issues.” When, at the end of one class, he asked the students “if not you, then who?” in reference to environmental activism, Chungyalpa took it seriously. “Here I was—a young Bhutia woman from the Himalayas, raised to celebrate a spiritual connection with nature, who felt fiercely protective of wilderness and wildlife, who volunteered for Greenpeace and sat in hunger strikes to protest dams, and I had never considered that protecting the environment could be more than a hobby,” she said. “If not me, then who indeed?”
Chungyalpa thus decided to design her own major in environmental studies that included classes in biology, international studies, and psychology. It was the perfect fit for her. “My major was a genuine reflection of who I was; a bicultural, biracial, indigenous woman from the Himalayas trying to understand global politics and how it impacted local communities; and it has served me well ever since,” she explained.
Chungyalpa’s environmental studies major has specifically contributed to her long and impressive career devoted to working with environmental issues and communities of faith. After going to graduate school for international development at American University, Chungyalpa received a fellowship with Friends of the Earth, a non-governmental environmental organization, and then got a job at the World Wildlife Fund (WWF). It was at WWF where she began working with faith leaders, being “asked by His Holiness the Karmapa, the head of the Karma Kagyu School of Tibetan Buddhism, to create a set of environmental guidelines for his monasteries and nunneries.” This experience inspired Chungyalpa to create and lead the Sacred Earth Initiative which, according to the WWF website, works with religious leaders and communities of faith around the world to protect the earth, which they see sacred value in.
Chungyalpa said that self-designing an environmental studies major and doing the research for her Independent Study project on nuclear dumping in Apache reservations prepared her for this career path. “The two experiences of creating my own major and carrying out field research on my own at Wooster taught me fairly early that I enjoyed unconventional problem solving and thrived when off the beaten path,” she said.
Chungyalpa continued to put her problem-solving skills to work when, in 2014, she received the McCluskey award from the Yale School of Forestry and Environmental Studies that allowed her to continue to study and pursue independent research in the topics of faith and environmental studies. While at Yale, she designed the prototype for the Loka Initiative, which she now directs at the University of Wisconsin-Madison and describes as “an education and outreach platform that builds a bridge between religion and science and supports the needs of faith leaders and culture keepers of indigenous traditions on environmental and climate issues.”
Though there was no official environmental studies major at the time Chungyalpa studied at Wooster, she emphasizes wholeheartedly that she got the support that she needed to pursue what became a lifelong commitment to environmentalism. “I look back and see how many people listened, advised, and smoothed obstacles for me,” she said. “I am so grateful to Wooster for allowing me to think for myself, for making me strive to first create, then reach a goal and encouraging me towards an unexplored direction that I have never once regretted.”