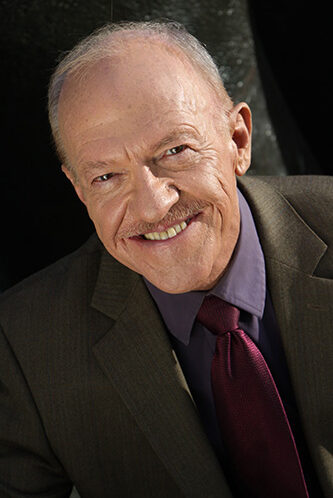 An alumnus of The College of Wooster’s political science and Latin American studies programs, Wayne Cornelius ’67 will receive the Kalman Silvert Award from the Latin American Studies Association at the organization’s annual International Congress. LASA President, Mara Viveros-Vigoya, will publicly acknowledge the lifetime achievement award during a virtual ceremony May 13 –16, 2020.

The award recognizes Cornelius, distinguished professor of political science and U.S.-Mexican relations, emeritus, at the University of California San Diego, for his contributions to the study of Latin America and international migration studies. Cornelius sees the lifetime achievement award from LASA as “a reward for longevity, a measure of the attention paid to one’s work by colleagues in a variety of disciplines, and a reminder of the often serendipitous choices that one makes along the way—paths taken and not taken.”

His interest in the field began after a trip to Mexico during high school that he says, “cemented his interest” and for his senior Independent Study at Wooster, he wrote a book-length thesis on the politics of Mexico’s emerging middle class. He credits the research as his “ticket into the Ph.D. program in political science at Stanford University,” adding, “I had excellent advising by professors like Gordon Shull, Frank Miller, and Pablo Valencia who were crucial influences on me. They encouraged me to develop my own interdisciplinary major in Latin American studies.” He taught political science at the Massachusetts Institute of Technology before going to UC San Diego where he spent the next 36 years, which included doing field research with students nearly every year in rural Mexico. He’s studied the Mexico-to-US migration process and established a field research and training program. He sees “producing policy-oriented research as essential to holding public officials accountable for their choices on immigration and refugee issues,” and he has become a persistent source for reporting on immigration issues in public journalism and an advocate pushing for informed immigration policy in the 2020 presidential campaign.

In addition to his own advocacy, Cornelius has found significance by inspiring others to pursue a similar path. “Throughout my active teaching career, I have also tried to do whatever I could to inspire and train students to pursue immigration-related careers,” he said. “I have been privileged to participate in the training of hundreds of undergraduates and grad students who today are contributing to expanding our understanding of immigration issues, defending immigrants’ rights as NGO leaders, teaching K-12 students, serving as medical professionals in under-served communities, and other public service roles,” he said. “That’s my most important legacy.”
Created in 1982, the Kalman H. Silvert Award honors the first president of the Latin American Studies Association and a leading figure in Latin American studies during his lifetime. It recognizes senior members of the profession who have made distinguished lifetime contributions to the study of Latin America. The award is given at each LASA International Congress. Read Cornelius’s full acceptance speech of the award online, published by LASA.

Study the history, cultures, and languages of Latin America in a minor that blends well with many disciplines