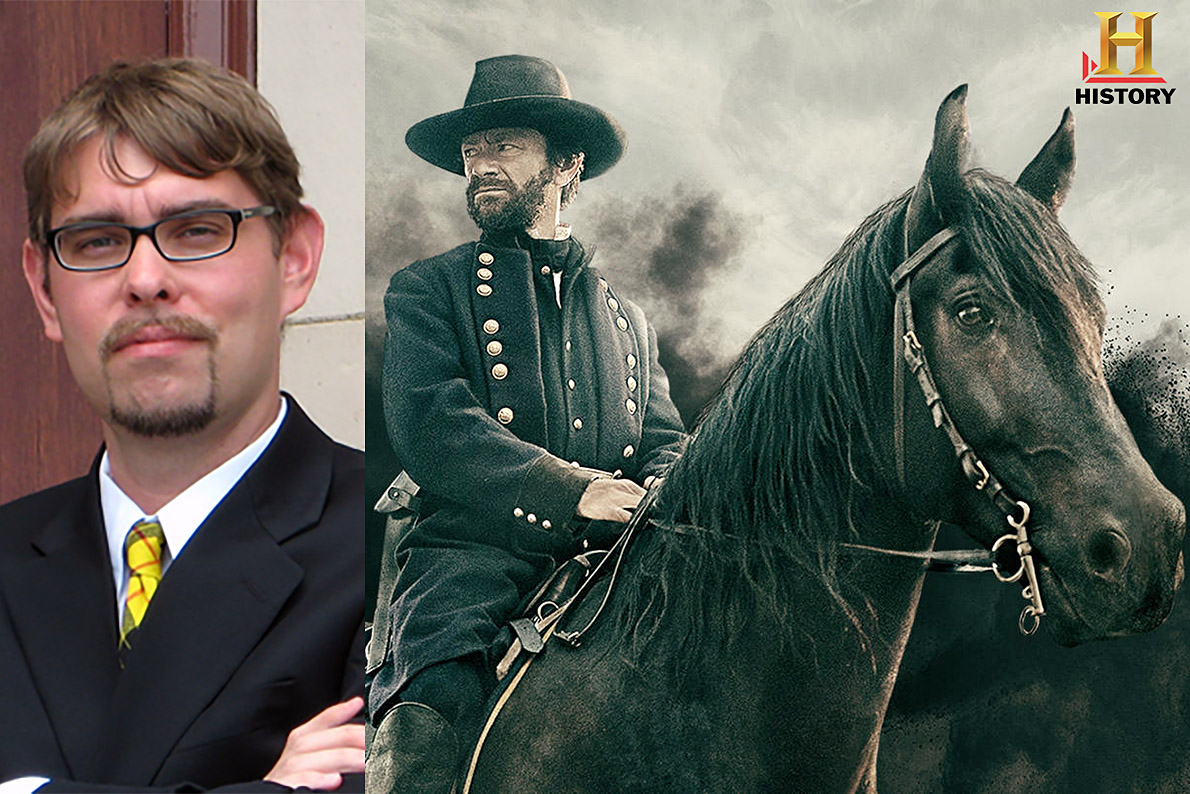 WOOSTER, Ohio – One of the expert commentators featured prominently in Grant, a docudrama on Civil War hero and President Ulysses S. Grant, is College of Wooster alumnus Barton Myers ’03. Grant is a three-night miniseries on History (formerly The History Channel), premiering on Memorial Day (Monday, May 25) and continuing Tuesday and Wednesday, May 26-27, at 9 p.m. EDT each night.
Myers, the Class of 1960 Professor of Ethics and History and Associate Professor of Civil War History at Washington & Lee University, will be included in all three episodes with more frequent appearances in the second and third. His distinctive voice can be heard in the trailer, describing Grant as “the unheroic hero of our greatest national epic.”
Further exploring that characterization, Myers says “Grant’s story is so quintessentially American. He rises from a hard scrabble Ohio family background to become the most important general of our most costly war. But, he was a reluctant soldier, he struggled with alcoholism as an adult, he suffered financial failures. His command of the Union Army … ultimately executed the strategic vision that won the Civil War. Historians don’t often use words like ‘hero,’ but in this case it is accurate. He is one of the most important generals the U.S. Army has ever produced, and he even rises to become president of the country he helped save. There are few people in our country’s history (who) have had such a meteoric rise.”
The producers at Radical Media, collaborating with Leonardo DiCaprio’s Appian Way production company on the project, sought out Myers after doing extensive research to locate leading Civil War experts. They brought him to New York City for separate two-hour interviews during the fall of 2018 and winter of 2019, an intense, but enjoyable process. “Loved it, actually,” he said. “The producers fire questions at you with a camera in your face for hours, so you feel obligated to have good information to share with them.”
Myers could have filled the six-hour miniseries with sound bites all by himself. A walking encyclopedia of Civil War history, he teaches a number of popular American military history and public history courses at Washington & Lee, including an intensive battlefield travel course “The Art of Command During the American Civil War.” He is the author or co-editor of three books and a dozen scholarly articles, and prior to becoming a professor, served as a public historian with the National Park Service at Fredericksburg & Spotsylvania National Military Park.
While Myers has been a Civil War enthusiast for as long as he can remember, he credits his Wooster education in the early 2000s for honing his research abilities and other skills. “I have spent years telling people that Wooster has been the most important secret to my training and professional success,” said the history major. “My four years at Wooster were four of the best of my life, and I’m grateful to the history department and the whole community at the College for being American higher education’s best kept secret.”
As for Grant, Myers looks forward to seeing the full cinema-doc series next week, and hopes that viewers come away with a greater respect for the complex, but skillful general and 18th president of the U.S. “Difficult struggle can lead to greatness. Grant struggled his whole life with one opponent or another. But, he never gave up, even when wracked by throat cancer. He persevered by writing … one of the most important military memoirs ever written. (He) is remarkable, even inspirational,” he stated. 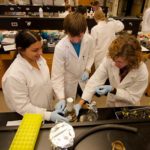