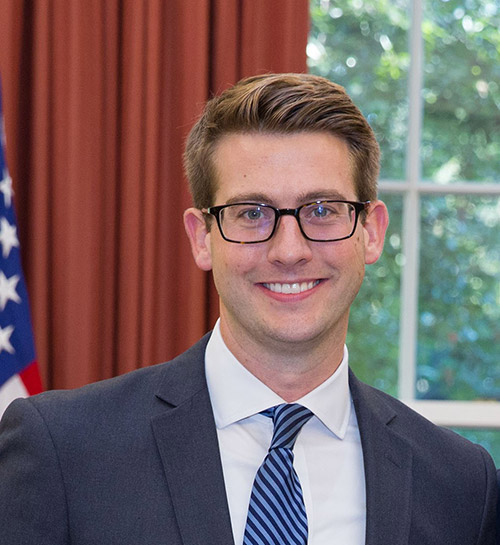 Written in collaboration with Eleanor Linafelt ’20

As the leader of the nation’s largest not-for-profit organization focused on advocating for the interests of America’s children, Max Lesko ’06 frequently leans on his Wooster experience to successfully champion his cause and make the greatest impact.
Lesko took over as executive director of the National Children’s Defense Fund in D.C. at the end of 2018 after serving as chief of staff for CDF’s founder and president emerita Marian Edelman. “Working with her grew my appreciation for putting the challenges we see today in the context of history, understanding the roots of systems that stymie progress,” said Lesko. As executive director, he oversees the organization’s day-to-day operations and reports to the Board of Directors. His efforts include policy advocacy and program development to help lift children out of poverty; protect them from abuse and neglect; and ensure their access to health care, quality education and a moral and spiritual foundation. Amid the evolving COVID-19 crisis, CDF has worked to provide free digital education tools for parents and caregivers during school closings, and to support passage of crucial legislation, like the Families First Coronavirus Response Act. “Our team has met this moment delivering programs through new, virtual platforms, and assessing the novel circumstances and expanded needs of families facing economic challenges,” said Lesko.
“The fact that Wooster is not an environment where students trudge from their dorm room to a lecture hall and back meant four years of deep engagement with the academic and social community that prepared me well for my current role,” Lesko said. “My role requires a lot of written and verbal communication, as well as engagement with people inside and outside the organization. Wooster’s focus on writing through Independent Study, the small classes that force participation, and my experience in Moot Court set a foundation for strong communication skills,” he said.
Lesko’s political science major and international relations minor helped to launch him into his first big gig on President Barack Obama’s 2008 campaign and later as an eight-year member of the Obama Administration in the White House Presidential Personnel Office and the White House Counsel’s Office. He earned his law degree from Georgetown University Law Center taking night classes while working in the White House so he could make use of “legal tools as a force for social justice.” Before joining CDF, Max served as the Chief of Staff for the Office for Civil Rights at the U.S. Department of Education from 2015 through 2017. He also has worked for the Southern Poverty Law Center, the Lawyers’ Committee for Civil Rights Under Law, and the U.S. Commission on Civil Rights.
Lesko said that his Wooster experiences, like Independent Study, taught him “all of the confusion and nuance that goes into trying to answer big questions about the world” and also about the intersectionality of the political space. “Most personally,” he said, “it taught me how to focus— to devote a serious amount of time and energy to a single topic. I have found that type of focus critical to success throughout my professional career.”