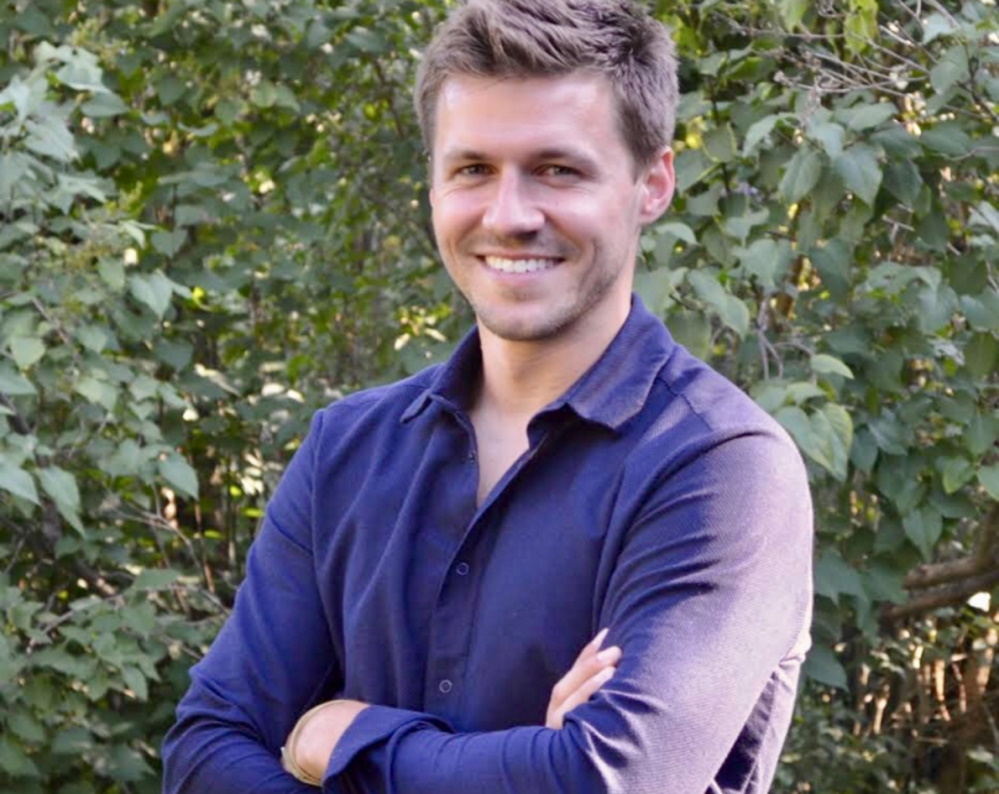 After graduating from Wooster, Karl Ruter ’10 thought he landed a great job at the Chicago Fire Football Club in the sales department, where he previously worked as an intern one summer. “Because I love soccer and played soccer at Wooster, I thought it would be fun to work for a soccer club,” Ruter said. “That was not true.” Thinking outside the box, he connected with a friend in Cleveland and heard about a job for a restaurant technology startup company. “I drove out to Cleveland to interview, and then a week after that, I got the job and was moving out there,” he said. The company, Onosys, helped restaurants across the United States and Canada order food online. “It was a small team in Cleveland, and I was something like employee number five,” Ruter explained. “But it all really started with a connection from Wooster’s soccer program and my interest in wanting to do something different.”
Ruter worked at Onosys for eight years before moving to Berkeley, California, where he was hired in sales by another restaurant technology company, Paytronix Systems, that is focused on customer loyalty. “We gave marketers tools to successfully attract new customers and keep their attention, making them come one extra time per month or one extra time per week,” he said. Ruter’s next plan is to focus on delivery optimization software at a another company, Onfleet.
Regardless of where he is working, Ruter explained that Wooster gave him the skills necessary for success. “Effective communication is critical to any role in any business,” Ruter said. “All the writing completed while at Wooster and class participation prepared me with the skills to express my ideas across multiple teams and think creatively about providing solutions to my clients.” It was the focus on reading, writing, and communication that initially attracted him to Wooster. “From the beginning, you couldn’t really hide in the classroom—you’re always participating, every day,” he said. “As a result, you’ve got to communicate effectively when you write papers, emails to professors, and write as part of projects.”
Communication and problem solving became important as restaurants, and restaurant technology, adapted to the Covid-19 pandemic. Since restaurants were no longer profiting from the traditional dining experience due to lockdowns, Ruter and his company came up with contactless dining technology that restaurants could use to gain revenue. One example of this was re-imagining a restaurant menu that would not get passed around or thrown away after a single use. “We made a contactless dining feature where customers can scan a QR code on the table, and access everything on their phones,” Ruter explained. “That way, diners can just order their food, have it get dropped off, and then pay, essentially without interacting with anyone.”
Overall, Ruter, who was also an economics minor, was grateful for the liberal arts experience because it gave him lots of career options. “There are a lot of opportunities at Wooster—clubs, sports, classes outside of your major—and when you leave, you’re forced to ask yourself, ‘what do I want to do?’ When you select a major at Wooster, you’re not forced down a certain path which is just great,” he said. He also recommends students take four semesters of a language. “You have this unique time in your life at college where you can learn something like a foreign language so easily and being able to connect—even if it’s just one person—in their native language is really cool,” he said. “I studied abroad in Italy and even though I’m not fluent, I still keep in touch with friends I met there.”
Above: Karl Ruter ’10 in 2018