Alumna founds organization to support development in her home country 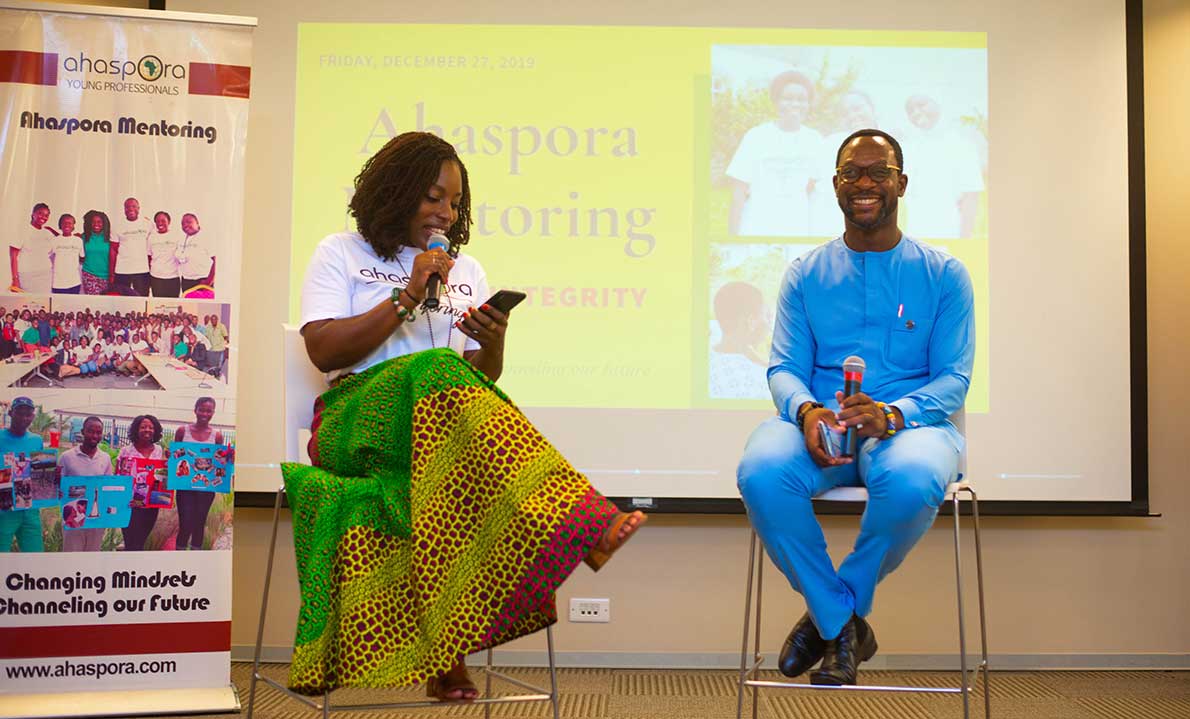 For Christabel Dadzie ’04, a graduate of The College of Wooster who studied international relations, making a positive impact in her community—on those who don’t have what she has—has always been her main aspiration. An international student from Ghana, Africa, where she grew up in a British education system, Dadzie was used to a “rigid, adult-directed” culture. When she arrived on campus, knowing she was going to be away from her family and home country for the first time, everything about her orientation to Wooster made her feel welcome. Meeting with a faculty advisor who listened to her interests and ideas and helped her find the right courses set her up with a trajectory that’s led her to a career where not only is she supporting others, she’s dedicated to helping her peers do the same.
As a student at Wooster, Dadzie says, “For the first time in my educational career, there was fluidity in my decision making supported by an adult. They take ownership of you as a person and help you to build the skills you want to build.” While she originally planned to major in economics, Kent Kille, professor of political science, global and international studies, who served as her advisor, recommended international relations (now Global and International Studies) based on her interests. The major encompassed economics, political science, and “expanded to include foreign affairs,” she said. “All of that was very enticing to me. By halfway through the semester I was like this is it, this is what I’m going to do.” 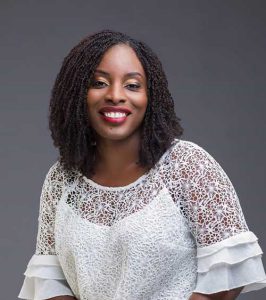 In addition to Kille, who later served as her advisor for Independent Study, Dadzie connected with Matt Krain, professor of political science, global and international studies, and Boubacar N’Diaye, emeritus professor of Africana studies. “These guys are not just teachers. They’re immersed in what they do,” she said. “The interest that they have is just infectious so as a student you just want to be part of this bigger world of global affairs based on the things they teach and how they taught. They made the classes interactive and real and make you want to do well.”
Throughout her time at Wooster, Dadzie became very involved on campus through extracurricular activities including student government, the International Students Association, and more. “I did everything possible!” She said. “It really built my leadership moving forward and defined things like my public speaking. It opened up the horizon of what leadership meant. I give Wooster credit for defining me as a student leader.” Dadzie continued her role as a student leader in her graduate education at Columbia University in New York, becoming a program assistant at the Institute of African Studies and hosting the largest African students conference in the New York area as President of the African Student Pan-African Network. After completing her master’s in international affairs, she worked in public policy for four years and realized she was getting comfortable with her position and her work in the United States. “I felt if I stayed in the US, I would stay for life,” but that wasn’t the plan, she said, noting her desire to return to Ghana. “I was always tuned to coming back home.” Finding a job as a regional director for a microfinance organization, she remembers what it was like to come home. “The toughest thing to do is to be a foreigner in your own country,” she explained.
“When you come back as a Ghanaian with an accent, with your nose high up in the air like we all did, You’re not very well liked.” She started writing about her experiences and connecting with others who were in the same situation, fellow Africans that had been in the diaspora—who had lived and learned abroad and returned home to work in leadership roles with technological companies and banks. She realized that more people would stay in Ghana and support the development of the country and community if they had that support system, and she founded Ahaspora, an organization that “promotes brain gain by supporting people returning home,” she said. “People needed structure to make them want to come back and stay.” Beginning in 2011, the organization started as a listserv of 12 people and has grown to more than 2,000 people who connect with other professionals for happy hours and speaking events and a flagship mentoring program supporting secondary school students in Ghana.
While Ahaspora is a “passion project,” Dadzie also serves as a senior social protection specialist for the Social Protection and Jobs Unit at the World Bank based in Ghana. She supervises the use of funds that support vulnerable populations and support youth employment. “Our role is to supervise implementation, to make sure that the money actually goes to what we define it for,” she said. “I’m checking in with our project teams, making sure that they’re doing what they’re supposed to do on time.” When people ask her why she doesn’t focus on Ahaspora full time, she says, “I have a good problem of actually loving my daytime job as well. It’s exactly what I went to school for. I’m working with the poor and vulnerable, and I can see change. I can show you people whose lives have been impacted positively by the work that we’ve done. That alone makes it worth trying to juggle both pieces.”
Juggling multiple pieces and perspectives has become a strength for Dadzie—a skill she sees often in fellow members of Ahaspora. “We’ve become very popular hires because of our ability to speak the local language and understand the local community, but also offer a very global perspective,” she said. “It’s a nice niche of being the best of both worlds.” In her efforts to mentor and support young students she’s often encouraging them to explore their interests as she did at Wooster. She served on the Alumni Association Board of Wooster from 2006 to 2009, continues to work as an Alumni Admissions Advocate to help the alumni office with international recruiting, and and is an honorary member of the Women’s Advisory Board. “The liberal arts model allows you to explore and find yourself. At age 17, 18, 19, you have no idea what you’re going to do when you’re 40-50,” she said, noting that the opportunity to explore different classes, extracurricular activities, and research opportunities with the support of advisors is crucial. “Those elements are provided to you as a support for learning. The way that you learn is super important.”

Turn an interest in international service, economic development, NGOs and INGOs into a career