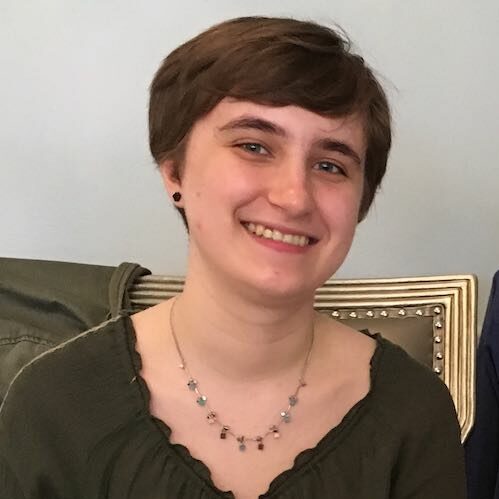 After a year’s worth of writing to complete her Independent Study titled “Sinister Cinema: Depictions of Evil in the WWII and Postwar Thrillers of Alfred Hitchcock and Henri-Georges Clouzot,” Holly Engel ’21 is eager to continue her research at graduate school. “Believe it or not, I am excited to write a dissertation at Ohio State,” said Engel, “to continue my research into French films and hopefully Alfred Hitchcock films.” Engel, an English and French & Francophone studies graduate, will attend the Ohio State University’s Ph.D. Program in French and Francophone studies to pursue a Ph.D.

Engel’s I.S. compares the concept of evil in the thriller films of Alfred Hitchcock and Henri-Georges Clouzot. “Many scholars argue that the two directors have similar thematic styles and techniques, but they don’t actually compare their films,” said Engel, “so I was curious to compare the French thriller experience to the American thriller experience.” Engel found that her I.S. advisors, Marion Duval, associate professor of French and Francophone studies, and Thomas Prendergast, professor of English, comparative literature, and film studies, respected her not just a student but as a scholar. “Working with professors who were interested in my research helped me grow as a scholar, as we had thoughtful and exciting conversations,” said Engel.

With a Ph. D. in French, Engel hopes to be a professor, a career path established through teaching apprenticeships at Wooster. As a teaching apprentice in her sophomore and senior years, Engel saw herself grow as a student and educator. “My T.A. roles helped me realize that I enjoyed teaching and watching students get excited about topics, grow in a subject area, and develop their own thoughts.”

As a student herself, Engel gained confidence and developed her skills in writing and communicating with the help of Wooster’s faculty. “It’s so hard to pick only one professor that had a major impact on me,” said Engel, “there are so many.” However, Daniel Bourne, professor of English, helped Engel get involved in the College of Wooster’s literary magazine, the Artful Dodge. “It was my first-year, and I went up to professor Bourne to ask him about the Artful Dodge,” said Engel, “He signed me up for his advanced poetry class, and, through his class, I started to work for the Artful Dodge.” Engel also credits her French and Francophone Studies professors, Laura Burch, Duval, and Harry Gamble and professor of music, Brian Dykstra, for helping her gain confidence as a student.

While Engel prepares to attend Ohio State this fall, she remembers Wooster’s caring atmosphere. “It is a place where I genuinely felt that people cared about me and what I was studying, and I think that is very important, especially if you are looking for schools where learning is appreciated by students and teachers alike.”