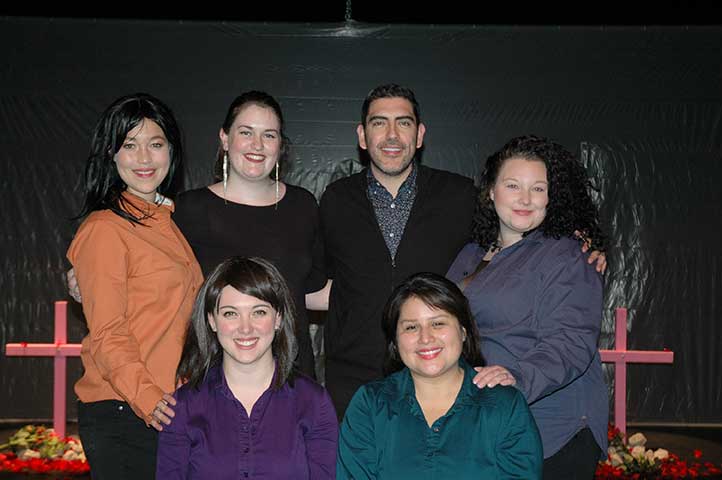 Jimmy A. Noriega, associate professor of theatre and dance at the College of Wooster, will travel to Mexico with his theatre company (Teatro Travieso/Troublemaker Theatre) to present his production of Women of Ciudad Juárez on a three-city tour. It will be performed in Mexico City from July 19-21, where it is being produced by film and television star Alberto Estrella in his downtown theatre, El Círculo Teatral. The show will also be staged in Teopanzolco on July 23 and Tequisquiapan on July 25. Noriega will also lead a master class in Mexico City on July 22, which will cover his company’s history, creative process, and artistic vision.

Directed by Noriega, Women of Ciudad Juárez uses the theatre as a space to examine, reflect on, and speak about the femicides taking place in Juárez, Mexico. The tour celebrates the 20th anniversary of the play’s first performance in Mexico City by its author and performer, Cristina Michaus. Noriega and Michaus have collaborated over the past years and will speak on a panel that addresses the play’s history and evolution.

“Since it’s inception, this was imagined as a binational theatre project,” says Noriega. “We wanted to work in collaboration as US-based artists with the Mexican story and its creator to tell it in a way that honors and respects the women represented in the play.” He added, “After more than seven years touring it around the world, we are deeply honored to be invited to Mexico to share our work with the public.”

Women of Ciudad Juárez has been staged in more than 20 locations, including Canada, Colombia, Belgium, India, Greece, and across the United States. The Mexico performances will feature three actresses from the original production who have toured with the show since 2014: Stephanie Castrejón, Janna Haywood, and Summit J. Starr. “It means a lot to finally be able to take the play to Mexico and to continue sharing this important message,” says Castrejón. Haywood adds, “We are so grateful we are able to do this. What I’m most excited about is being able to have conversations with women after the show.”

Noriega founded Teatro Travieso/Troublemaker Theatre in 2012. It operates on the premise that theatre can create positive change in the world. The group has staged six original performances: “Encuentro: Peru!!,” “Women of Ciudad Juárez,” “Joto: Confessions of a Mexican Outcast,” “Trouble Down South,” “Walking My Dream,” and “Blood, Earth, Water,” in addition to participating in RomeroFest earlier this year with four online performances. To date the company has been invited to perform in ten countries to over 25,000 audience members. For more information on their work, visit the group’s website.