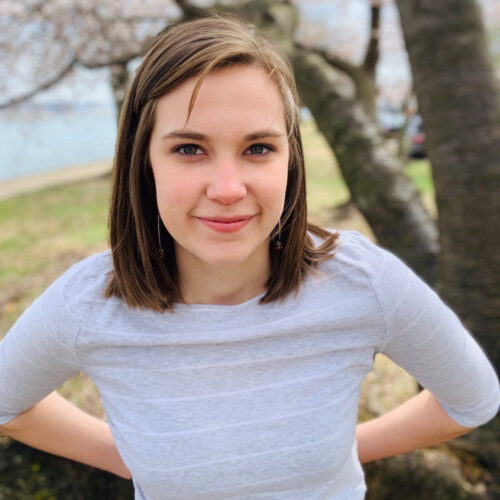 Rachel Brandon ’18 was initially drawn to neuroscience because her family spent a lot of time in hospitals due to her brother’s genetically-based autoimmune disorder which was undiagnosed most of his life. “I developed an acute awareness of the emotional and psychological toll that chronic illness places on patients and their families,” Brandon said. By majoring in neuroscience, with a focus on neurobiology, she “sought to understand this aspect of humanity further through undergraduate studies at The College of Wooster.”

After graduation, Brandon pursued research as a post-baccalaureate fellow at the National Institute of Health in Bethesda, Maryland where she participated in three different labs. “Throughout the course of this work, my favorite part was the interaction I had with the participants,” she said. Realizing she would be “too far removed from the interest in and questions about people” that drove her to neuroscience in the first place, Brandon searched for alternatives and discovered social work. Gaining experience as an intern in the Institute’s social work department, Brandon realized that as a social worker, she “had the power to uncover the humanity of patients facing chronic illness.”

In May, Brandon earned her master’s in social work at the University of Maryland, Baltimore with an interest in palliative care, a field of medicine which focuses on pain and symptom management throughout the course of illness, as well as at the end of life. Following her graduation, Brandon started a job as a licensed oncology social worker with Life with Cancer at Inova Shar Cancer Institute in Fairfax, Virginia. “Although I shifted my goals away from research, my degree in neuroscience at Wooster prepared me well for my current career aspirations,” Brandon said.

One example of this was through the College’s health coach program, in which students who have undergone necessary training are assigned patients from the community whom they visit weekly to work on health-related goals. During her junior and senior years, Brandon was assigned to a married couple, “Frank” and “Barbara,” who lived near campus (names changed for patient confidentiality). After Barbara passed away a year later from complications with dementia, Brandon focused on helping Frank grieve his wife’s loss. Despite differences in “gender, age, and political views,” she found their conversations beneficial. “My ability to listen and be a consistent presence were assets to Frank as he grieved,” Brandon explained. This led her to become a hospice volunteer and to become immersed in the field of palliative social work. “My experience as a health coach, paired with my personal experience watching my brother struggle with chronic illness, laid the groundwork for my career path,” she said.