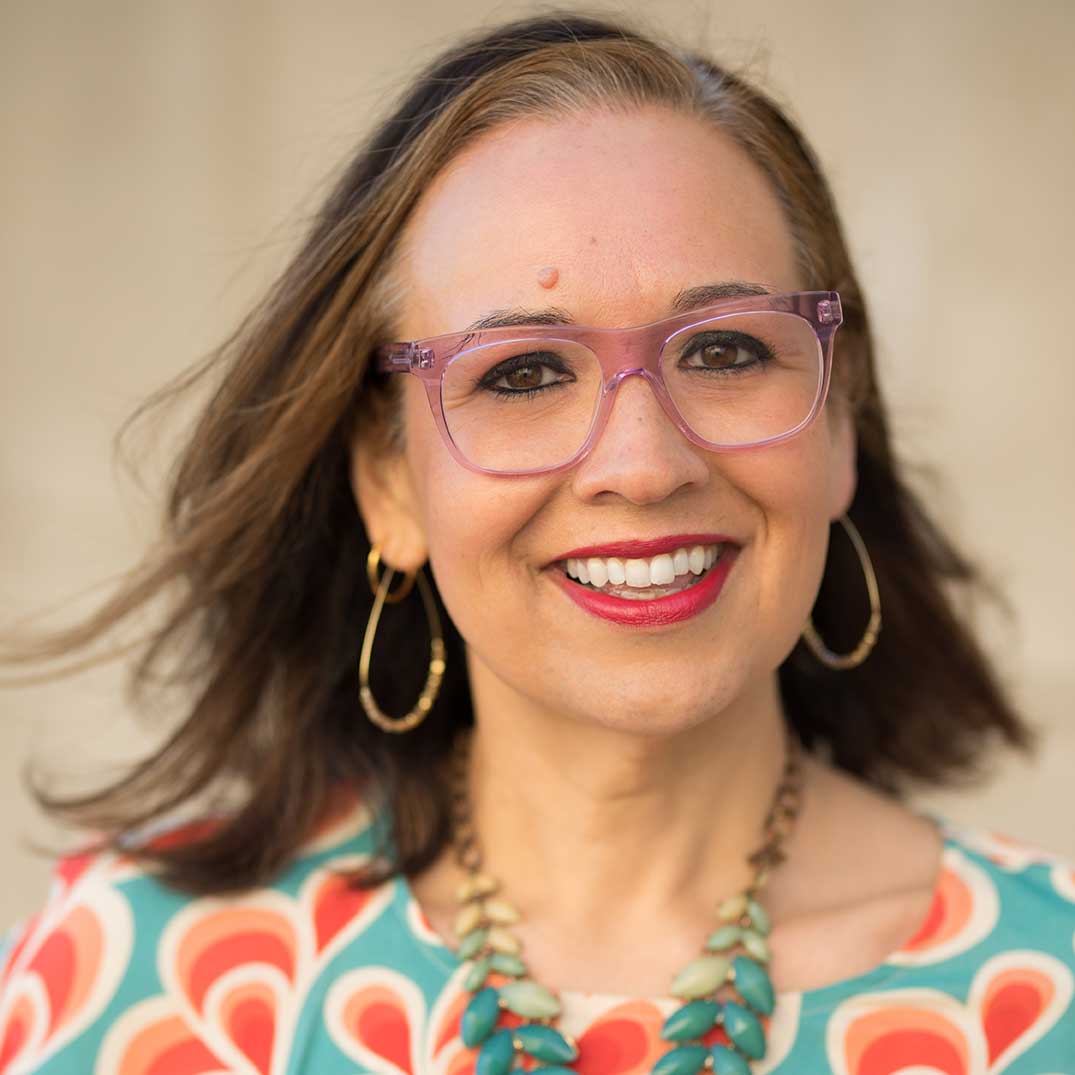 After graduating from The College of Wooster, Rasmia Kirmani-Frye ’95 immediately knew she wanted to move to New York City and begin a career in social justice. After a rocky start at the organization, ACORN, she accepted a position as a receptionist for the Time Square Alliance, an organization focused on improving the famous Manhattan commercial center, Kirmani-Frye started applying her experience as an urban studies major at Wooster to what she was seeing in the city’s neighborhoods. “Narratives are created about place and people from outside entities,” she said. “I wanted to figure out how we could invest in the power of residents in the communities to develop authentic narratives that affect change.” For the last 25 years, that is what Kirmani-Frye has been doing through numerous roles, from helping Brooklyn communities transform their parks into spaces for joy and celebration, partnering with residents and organizations to lead a community-based organization in Brownsville, Brooklyn, and working as director of public/private partnerships for the New York City Housing Authority where she founded The Fund for Public Housing, a non-profit organization. Now as an independent consultant, she works with the Ford Foundation, local government, residents, and non-profit organizations to improve public housing both in the city and nationally.

Kirmani-Frye explained that she felt prepared to take on this work because of “the deep, analytical thinking” she did at Wooster. Originally coming to the College because of the research opportunities afforded through junior and senior Independent Study, she became intrigued by the Urban Studies program. “Urban studies appealed to me because it was interdisciplinary, mixing sociology, economics, and political science,” Kirmani-Frye said. “It also looked at the intersection of race, socioeconomics, justice, and poverty which was really ahead of the time.” Her interest in social justice was reinforced during a semester abroad. She visited 13 cities in Poland, Germany, and the United Kingdom at a unique time when there was a lot of building due to the fall of the Berlin Wall a few years prior in 1989. “My research involved studying different shapes of city hubs—circle, square, triangle—to see how it affected social interaction,” she said. The trip ended up being a formative part of the alumna’s career. “Even though Wooster is a smaller school, there were still fascinating opportunities to go off campus and pursue research deeply.”

This work in urban studies became especially important during the COVID-19 pandemic. “I convened a 38-person working group consisting of residents, government officials, and non-profit organizations every two weeks to produce an actionable document on how to build and invest in public housing to support residents and their recovery,” she said. Concurrently, Rasmia, along with other thinkers and doers from around the country, co-authored the “New Deal for Housing Justice,” a housing playbook that has been the main resource for the Biden Administration. “The purpose of the playbook is the shift the national conversation and action on housing; to center racial justice and ensure that policies and actions ensure that everyone has a safe and stable home,” Kirmani-Frye said. Looking back, she believes Wooster played an important part in developing her multi-faceted career in New York. “Wooster has informed the way I approach life, whether project based work or when I became independent,” she said.

A blend of sociology, economics, and political science for those with a passion for the promise and challenges of cities