A message from Board Chair Sally Staley 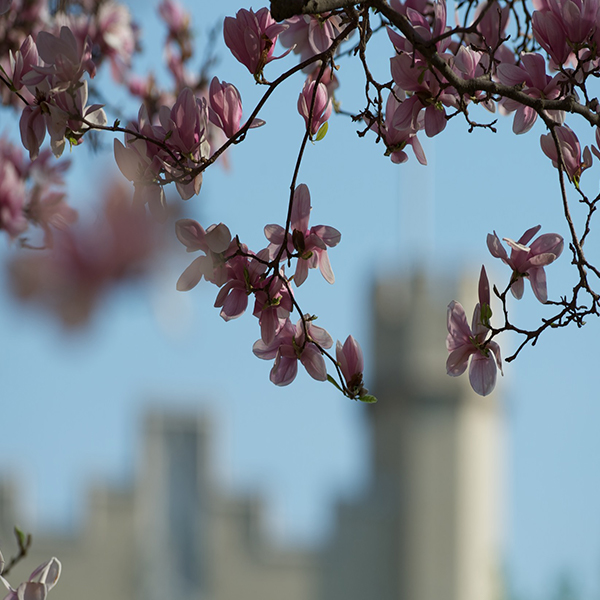 The following message was sent to the Wooster community October 4, 2021, from Board Chair Sally Staley ’78 and Vice Chair Tom Gibian ’76:

Dear Members of the College of Wooster Community,

We write today to share an update on our review of concerns raised by two alumni regarding the personal conduct of Dr. Howard Lowry during the time he served as president of the College, from 1944 to 1967.

Specific concerns were brought forth by two individuals, who reported that Dr. Lowry pursued romantic relationships with women who had recently graduated from the College, and did so in ways that were described as unwelcome, persistent, and harmful. The matters reported do not include physical or sexual assault. Most recently, these concerns were raised in spring 2021, in response to the College’s announcement of the intention to keep the Lowry name on the student center following the conclusion of a major renovation. An article detailing these concerns was published in The Wooster Voice.

In April, the Chair of the Board of Trustees appointed a Special Committee to conduct a thorough review of the concerns raised. The Special Committee was intentionally selected to be diverse along many dimensions, including gender, age, race, and perspective. The Special Committee was directed to research what took place, and then make recommendations regarding the places where President Lowry’s leadership has been honored at the College, including the naming of the Lowry Student Center, as well as a named professorship, scholarships, and prizes. By Board policy, these honorific names are chosen by the donors who gave the funds to make the programs, projects, and scholarships possible. The role of the Board, then, is to recommend whether Dr. Lowry’s alleged actions require us to remove the names selected by the donors.

This review was grounded in a shared commitment to The College of Wooster and to the experience of students who live and learn here, working with open minds and a deliberate and thorough process. The Special Committee hired an independent law firm with extensive experience in addressing matters of gender bias and sexual harassment, BakerHostetler, to ensure they were able to understand what took place as fully as possible while preserving the privacy of those who wished to speak in confidence.

The Special Committee spoke to more than 50 individuals with personal experience with Dr. Lowry, reviewed over 2,000 pages of documents from the Wooster archives, and heard from more than 1,000 students, faculty, staff, and alumni by meeting, phone call, letter, and email. Both individuals who initially brought forward concerns about Dr. Lowry’s behavior were interviewed by the BakerHostetler team, who also followed up on all of the additional contacts they recommended, and interviewed those individuals as well, if they were willing to be interviewed. Every correspondence received was reviewed and considered by the Special Committee. We are profoundly grateful for the engagement from our community and the thoughtful viewpoints and knowledge you have shared with us.

Findings of the Review:

The Special Committee found evidence that Dr. Lowry pursued relationships with several women within a few years of their graduation from the College, and suggested employment at the College to some of them. He did not suggest that participating in a romantic relationship with him was a condition of employment. Among the alumni the Special Committee heard from, there were a wide range of reactions. Some found Dr. Lowry’s attention flattering or positive, while others found it unwelcome. A few reported that it affected them or others negatively. Alumnae reported that when Dr. Lowry was made aware that his romantic advances were unwelcome, he ended them. No alumnae reported that Dr. Lowry continued to pursue romantic relationships with them after being told to stop.

Recommendation of the Special Committee and Decision of the Board:

Based on its extensive research and findings, the Special Committee recommended to the Board that we not remove the current name of the student center, Lowry, that has been selected by the donors, or take any action to change other Lowry-named honors. The Board voted in support of these recommendations.

Dr. Lowry was a crucial leader for the College, who founded our renowned Independent Study (I.S.) program, was a nationally recognized advocate for liberal arts education, and inspired a generation of Wooster graduates. The Special Committee heard from hundreds of alumni who recall Dr. Lowry as an advocate and a champion for all students of all genders—someone who took time to support them individually and to advance their futures in graduate school and their professions. They talked about the way he inspired them and shared that his investment in them as people changed their lives—both while they were at Wooster and long after they graduated. Few individuals in our college’s history have made as significant an impact as Dr. Lowry.

Dr. Lowry plays a very important role in our College’s history, and the Board stands firmly behind its decision to seriously and thoroughly vet the concerns raised, making sure to review all correspondence from our campus and alumni communities. Allegations of harassment should always be addressed seriously. As we reach the conclusion of this process, we are aware that there are many widely differing opinions on the questions of naming, with some feeling strongly that Dr. Lowry’s name should be removed from the student center, and others certain that it should remain. What we have heard clearly from the entire Wooster community, however, is the important responsibility we have to do what is right for the institution, for our mission, and for our students. We are confident that by working together and continuing to deeply engage in dialog on important matters, even when they are difficult, the College will continue to become stronger and better for all.

The Board acknowledges the harmful culture of gender inequity and the power dynamics that existed in the 1960s, and that persist in many places today.  We uphold the dignity of every person, and the critical importance of equity, including gender equity, and we recognize and support the urgency of continued efforts to make Wooster a truly welcoming campus for all, free of all forms of harassment or discrimination. To that end, we have decided to invest in developing new programs and staffing to advance gender equity and to prevent acts of bias, discrimination, and harassment on the Wooster campus. The initial funds will be used to add a staff position focused on working with students, staff and faculty, as well as with student organizations, to support creating inclusive campus and group cultures, and to increase our capacities to recognize and safely interrupt situations in which discrimination, harassment, or inappropriate use of power is occurring.

We recognize that, while the Board’s decisions will be welcomed by some members of the Wooster community, these decisions will be deeply disappointing to others. Our dedicated email and voicemail for this matter remain open at inquiry@wooster.edu and 330-263-2111. Members of the Board will review all questions and comments that are submitted. We also are maintaining a FAQ document, here, which provides more detail that may be of interest. In addition, we will hold an open townhall for students, staff and faculty via Zoom on Wednesday, October 20th, at 7pm to hear from the campus community about ways we can advance gender equity and dignity for all on campus—now and for the future.

Our tremendous thanks go to the Special Committee for the hundreds of hours of time they volunteered for this work, and to the Wooster community, for all of the insights you have shared. We look forward to the work that we will continue to do together to make Wooster ever better for all students.