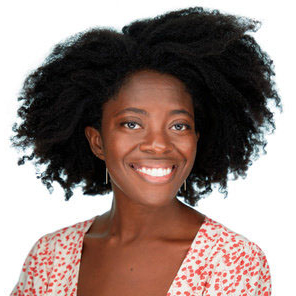 Join Courage Kusena ’23 and Hayet Rida ’11 for a virtual discussion on Zoom with “Homegoing” author Yaa Gyasi, Monday, October 18 from 6:30-7:30 p.m. Register in advance for this webinar.

“Homegoing” was selected as Wooster’s Summer Reading book for first-year students in the Class of 2025.

In her book, Gyasi chronicles two sisters and several generations from the Gold Coast of Ghana to plantations of Alabama to the streets of Harlem. Each chapter of the historical fiction novel follows a different descendant of an Asante woman named Maame. The novel was selected in 2016 for the National Book Foundation’s “5 under 35” award, the National Book Critics Circle’s John Leonard Award for best first book, and was longlisted for the Dylan Thomas Prize in 2017. It received the Hemingway Foundation/PEN Award for 2017, an American Book Award, and the Vilcek Prize for Creative Promise in Literature. 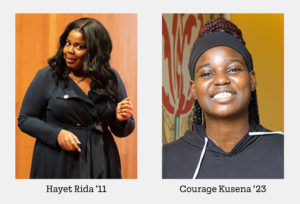 Gyasi is an author originally from Ghana and currently living in New York City. Gyasi was born in Mampong, Ghana, and moved to the United States at the age of 2. Her father is a French professor, whose pursuit of a Ph.D. led Yaa and her family to move to the United States; her mother is a nurse. Before the time Yaa was 11 years old, she and her family had moved from Ghana to Ohio, from Ohio to Illinois, from Illinois to Tennessee, and, finally, from Tennessee to Huntsville, Alabama. Navigating the school and social transitions wrought by moving was a challenge for Yaa, and she found solace in reading. “Wherever we lived, there was a library. I could go check out books,” she said, recalling “systematically” devouring as many books as the library allowed. Through literature, Yaa said, “I could start to try to understand people in a way that made them more legible to me than they were in real life.”

The Peter Mortensen Endowed Lecture Fund was established in 2006 with a gift from Peter Mortensen, class of 1956, with gratitude for the contribution of The College of Wooster to the success and happiness of three generations of the Mortensen family. Income from the fund is used to support one or more public lectures and/or performances related to the First-Year Seminar, or for similar purposes directly related to the academic program.