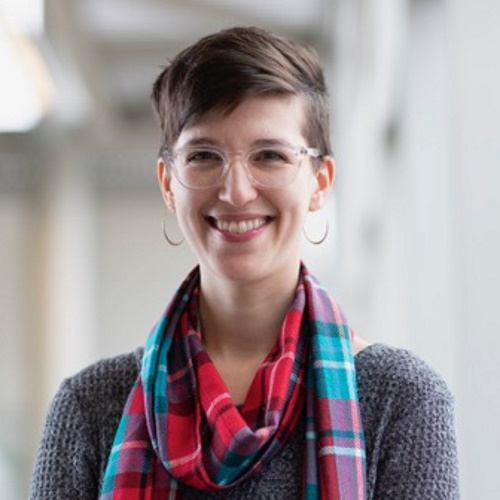 While attending The College of Wooster, Laura Skelly McFee ’12 spent much of her time fostering close personal connections with faculty and fellow students, as well as making the most of the academic opportunities available. Coming from a large high school, McFee knew that she wanted to major in music therapy at a small liberal arts college where she could form individualized relationships with those around her. After seeing the strong connections between the faculty and students while on her campus tour, she felt sure that Wooster was the school for her. While at the College, McFee was thankful that all students—regardless of major—had the opportunity to be involved in the music department, allowing her to form relationships with students who held a range of interests. “That’s one of the things that I love so much about Wooster, you can be in the chorus and the band as a biology or psychology major,” said McFee.

As a music therapy major, McFee worked clinical hours as a requirement for her major, interning with Park Nicollet Health Services, a hospital system. During the internship, McFee needed to connect with a wide variety of clients quickly. This diverse group of clients included patients in the outpatient cancer center, the Parkinson’s center, outpatient hospice care, inpatient oncology, and inpatient hospice care. By combining her natural passion for close relationships and experience with becoming close with a variety of people at Wooster, McFee excelled in the internship.

Working in a position where she had to form close connections quickly helped to prepare McFee for her work as a music therapist at the Cleveland Clinic Main Campus. “As a student I had to work with a variety of client populations, with groups, and individually. I never felt like I couldn’t work with a population,” said McFee. That sense of perseverance has positively contributed to McFee’s current work.

The leadership positions that McFee held at the College also contributed to preparing her for her work as a music therapist. McFee was involved in COWBelles, where she was the co-president, Wooster Singers, Wooster Chorus, and founded a club for music therapy students. As the founder and president of the club for music therapy majors, McFee wanted other students in the program to feel cared for and supported. Through that position, McFee practiced figuring out “what people might need in their lives” at any given moment. As a music therapist, she continues to use her ability to empathize with her clients. Overall, through her involvement in these activities, McFee was pushed to improve her leadership abilities, which she is grateful for to this day.

When asked what advice she would give to current Wooster students, McFee said, “You won’t live down the hall from your friends for the rest of your life after this. I know that you appreciate it, but take a minute and soak it up. Go to that jam session, go see that friend, go surprise that person. Get as many experiences as you can. They are precious.”