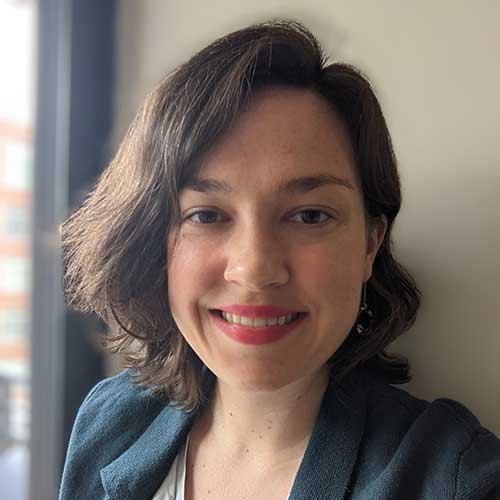 Working for U.S. Citizenship and Immigration Services as a Spanish-speaking refugee officer, College of Wooster alumna Lauren Hines ’09 interviews people fleeing their countries of origin. She often speaks with people interdicted at sea by the U.S. Coast Guard who fear returning to their country. “Each interview is an opportunity to treat someone with kindness and respect regardless of their case’s outcome. It’s important to honor every person’s dignity, especially in the face of systems that can be brutal and dehumanizing,” said Hines.

Hines, an English and Spanish major, believes that The College of Wooster excels in preparing graduates for careers in humanitarian protection, because a liberal arts education fosters academically and socially well-rounded students. After conducting an interview, Hines and her co-workers analyze the case and apply immigration law and policy to figure out if those they interviewed will qualify to come to the United States as refugees. She credits Wooster’s cross-disciplinary writing program with her ability to confidently analyze cases and apply immigration law to each case. “Because of the amount I wrote and the feedback I received at Wooster, my correspondence with the U.S. government counterparts and overseas resettlement partners is clear, direct, and well-thought out, as are my interview records and interview analyses,” said Hines.

When speaking about her favorite part of her job, Hines said, “I enjoy that my job permits me to visit places I never expected to see, like Guantanamo Bay, Cuba and Makere, Tanzania, but the best part of the work is interacting with people who migrate in order to seek protection.” 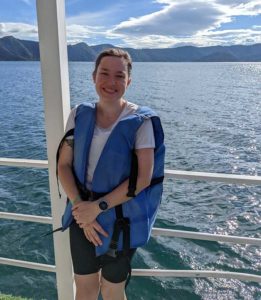 Hines came to Wooster because of her interest in attending a small liberal arts college to experience opportunities that she would not have had on a larger campus. “A liberal arts education has undeniable real-world applicability. Wooster provided a space for me to grow academically, solve problems on the fly, think creatively, communicate effectively, and work collaboratively,” she said. These skills fostered at Wooster have contributed to her professional triumphs.

While at Wooster, Hines was a part of La Casa Hispánica—the Spanish language immersion suite in Luce Hall, Pueblo de Esperanza, the Wooster Jazz Ensemble, the Scot Marching Band, and taught English for speakers of other languages in Orville. Her extracurricular involvements strengthened her Spanish language skills and her ability to connect with a wide variety of people.

She formed meaningful relationships with many of her professors, who she thanks for pushing her to break out of her comfort zone and feel at ease with the unknown. Hines said that they taught her to “learn by reflecting and asking questions,” a quality that is integral in her current work interviewing people fleeing their countries of origin. “I will be forever grateful for the incredible people Wooster brought into my life,” said Hines.