Five alumni to be honored at Alumni Weekend celebration 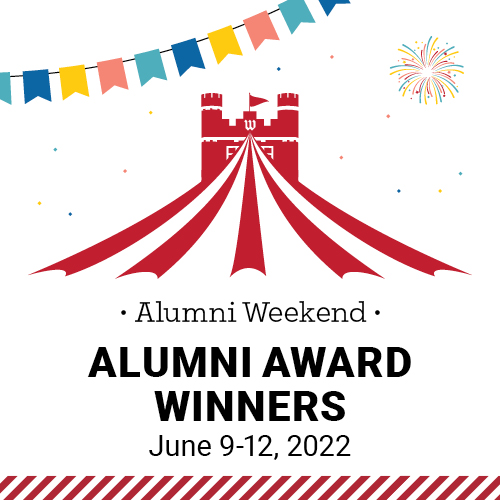 The College of Wooster will recognize multiple alumni with awards at this year’s celebration of Alumni Weekend: Under the Big Top, set for June 9 through 12, 2022. Those to be recognized at the Annual Meeting of the Alumni Association include Don Barlow ’72 who will receive the John D. McKee Alumni Volunteer Award, Brenda Khor ’17 who will receive the Outstanding Young Alumni Award, and Bruce Bigelow ’66 who will receive the Sara L. Patton Stewardship Award. This year’s Distinguished Alumni include Sara Patton ’67 and Jim DeRose ’72. The College of Wooster’s advancement staff and members of the Alumni Board selected the recipients in recognition of their professional achievements and philanthropic efforts. 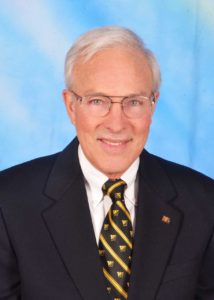 Barlow spent 29 years in sales management at Will-Burt, highly involved in product development for commercial and military customers, including Disney and the Government of Israel Ministry of Defense. For Disney, Barlow led the development of lighting and speaker lifts for Disney parks in Orlando, Los Angeles, and Tokyo. In his work with the GOI MOD, he developed telescoping mast products for missile defense, surveillance, and communications over a 25-year period. Barlow is a Paul Harris Fellow of Rotary International, served as President of the Wooster Parks and Recreation Commission for two decades, and serves as president of the board of the Habitat for Humanity in Wayne County. Barlow is a 1968 graduate from Culver Military Academy and earned his degree in economics at Wooster. He was involved on campus as a member of the soccer team and remains active with the Wooster Soccer Alumni group. He has also served as the Class of 1972 class president since 2007, as a reunion committee member, and a leader for Scots in Service. 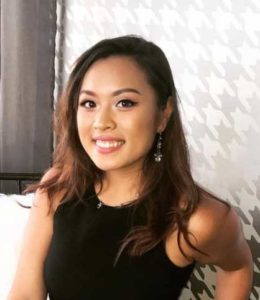 Khor is a digital publisher at The Coca-Cola Company, where she has been growing and refining her strategies and skills in communications, digital storytelling, and community engagement. Before The Coca-Cola Company, Khor was a Fulbright fellow, serving as an English teaching assistant in Spain. She completed an MBA from Quantic School of Business and Technology and earned an M.A. in instructional technology and media from Columbia University. Khor earned a full-ride scholarship from The Gates Millennium Scholars Program and The Posse Foundation and completed her degree in communication studies and Spanish at Wooster. She was actively involved in the College community as a resident assistant and part of many student organizations and groups including Communications Club, Lambda Pi Eta, WOO 91, the Writing Center, APEX, Women of Images, Wooster Volunteer Network, and the Underground. Khor also serves as a Wooster mentor, holding one-on-one coffee chats with current students and alumni, reviewing resumes, and speaking on panels reflecting on her Wooster experience. 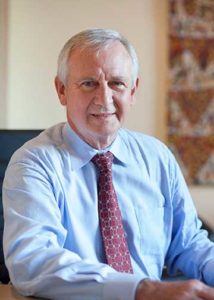 Bigelow is founding partner of Charitable Development Consulting, a firm specializing in helping nonprofits increase gifts through a variety of giving vehicles and instruments. Bigelow has worked in the development community for more than 30 years, including leading positions at Gettysburg College and Hood College. As a member of the first national planned giving governing board, he was instrumental in developing the profession’s code of ethics, its international outreach, and the national guidelines for counting gifts in campaigns. He earned his degree in history and mathematics at Wooster and completed a master’s and Ph.D. from the University of Chicago in Eastern European History; he then taught European history for ten years at Denison University while leading summer study groups to Yugoslavia. Bigelow is an annual supporter of The Wooster Fund and Fighting Scots Fund, and a member of the 1866 Legacy Society, as well as an advocate for the College through his experience as a development professional. He was member of the Class of 1966’s 50th anniversary reunion team, helping to raise more than $13.5 million for the College at the time. Bigelow and his siblings enhanced their parents’ estate gift to the College by establishing the Ernest N. and Ellen B. Bigelow Endowed Scholarship in their parents’ names in 2007, and his own estate gift will substantially augment the family fund. 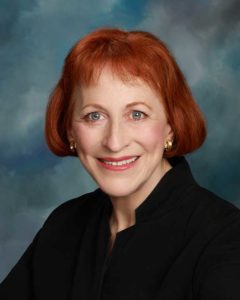 Patton is interim executive director for the Wayne Center for the Arts. Previously she served for more than eight years as executive director of Wayne County Community Foundation. Under her leadership, the Foundation’s assets more than doubled, and she initiated inclusive programs such as The Women’s Fund and Give 365. During the early stages of the Covid-19 pandemic, she worked with the Board to establish the Wayne County Emergency Response Fund to address needs of non-profit organizations adversely affected by the pandemic. Patton earned her degree in English and theater at Wooster and a master’s in teaching English as a second language from the University of Illinois. She dedicated 38 years of her career to the College of Wooster beginning her work in development in 1974 and serving in multiple roles throughout that time including vice president for development and college relations, vice president for development, and director of development. Patton was instrumental during her leadership in raising more than $450 million for the College, was active in 19 building projects, and led three comprehensive fundraising campaigns, all exceeding their goals by significant margins. She also worked closely with four presidents, Wooster’s Board of Trustees, and the Alumni Board, helping to recruit individuals to serve in leadership roles across the College. 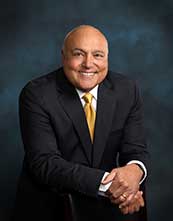 DeRose is a retired business executive dedicated to developing the next generation of business leaders. He is an active mentor to businesspeople from recent college graduates to those in mid-career. DeRose held several noteworthy, senior-executive positions including, president of the Hanes Apparel Division of Sara Lee Corporation, president of Mattel USA, and president and CEO of PDI/DreamWorks. At Hanes, he directed the company to record growth and performance and was the recipient of numerous President’s Awards. He led the company’s MBA recruiting and diversity initiatives and was recognized by the City of Winston-Salem, North Carolina, for his community service and commitment to racial equality. DeRose earned his degree in communications at Wooster and is actively involved in the College community. In 2009, he was instrumental in organizing a reunion of more than 140 athletes, coaches, and spouses from legendary football coach Jack Lengyel’s time at Wooster. Now a Life Trustee, DeRose became a member of the Board of Trustees in 2012. He and his wife, Darcey (Johnston) ’73, have sponsored Wooster alumni events in Northern California and Colorado and are members of the Leadership Circle and the Howard Lowry Society. In addition to contributing to The Wooster Fund and capital campaigns, they created the DeRose Endowment for Christian Ministry, providing funding for student participation in Christian conferences, mission trips, community service programs, and pre-application visits to divinity schools.

The awardees will be recognized at the Alumni Awards Ceremony and Annual Meeting of the Alumni Association on Saturday, June 11, at 9:45 in McGaw Chapel during the 2022 celebration of Alumni Weekend: Under the Big Top, returning to in-person for the first time since 2019. The four-day celebration June 9 through 12 is filled with events including reunion celebrations, campus tours, the Parade of Classes, and other fun and educational activities. For a full schedule of events visit https://wooster.edu/alumni/events-programs/alumni-weekend/.