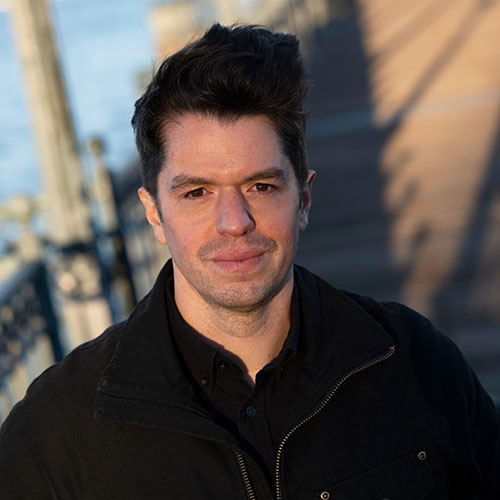 Bergen has been reporting on Google, YouTube’s parent company, since 2015. “YouTube during that time was becoming an increasingly important part of Google’s business but also a bigger part of its headaches and financial, political, and regulatory problems,” he said. “No one had written about the company before, this pillar of the internet and modern culture. There was so much material there and really fascinating characters.”

His book is the first to take a close look behind the scenes of the influential platform. It follows the invention of the company, the key players behind it, and how it became so omnipresent. “The platform and the company deserved a lot more attention,” he said. “YouTube is raising an entire generation of children; they’re on YouTube and not on television, and there’s not a lot of scholarship and popular writing.”

Being a tech reporter has required Bergen to be well-versed in everything from YouTube to tech regulations to self-driving cars to biotech. He says that Wooster prepared him well for learning about a wide variety of topics. He was a sociology major and drawn to the subject after taking a class on the sociology of religion. “I had grown up in a very religious household and was just blown away by some of the books in that class giving a new perspective and a scholastic framework for a real lived experience for the first time,” he said.

Wooster’s liberal arts curriculum allowed Bergen to pursue his sociology degree while taking religious studies as well as communication studies classes, a field he was just beginning to become interested in. “Wooster taught me how to ask questions and interrogate things and jump from subject to subject and be a successful generalist,” he said. “I’m thankful for the liberal arts for being able to mix and match and understand how a bunch of different things intersect.”

After graduating from college, Bergen worked at non-profits, did freelance journalism, and received a master’s degree in public policy from the University of Chicago. He started writing about technology full-time after graduate school. Like, Comment, Subscribe is his first book and the proudest accomplishment of his career. “Nothing comes close,” he said.