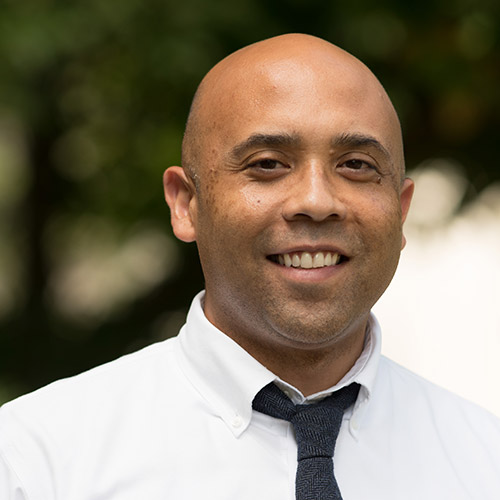 Ethics and Insurrection: A Pragmatism for the Oppressed, a book by Lee A. McBride III, professor of philosophy at The College of Wooster, is drawing interest from philosophers and publications in the field. Released in paperback this year, the book is part of McBride’s recent work in insurrectionist philosophy. 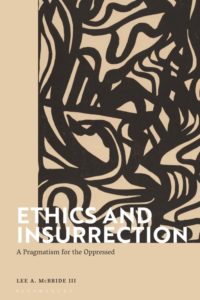 Ethics and Insurrection was named among “8 Best New Pragmatism Books To Read In 2023” by BookAuthority, a site featured by CNN that identifies and rates the best books in the world based on recommendations by thought leaders and experts. McBride also contributed “Pragmatism and Insurrectionist Philosophy” to another title from the list, the Routledge Companion to Pragmatism.

“It is exciting to see insurrectionist philosophy included in this well-regarded contemporary survey of pragmatist philosophy,” said McBride.

McBride worked with Oxford Public Philosophy (OPP) to develop an online asynchronous course, Insurrectionist Ethics, based on Ethics and Insurrection. OPP’s co-organizer and journal editor, alicehank winham and compatriots arranged eight prominent philosophers to give video recorded lectures on Ethics and Insurrection and McBride helped curate a supplementary reading list. The course offers an introduction to his take on insurrectionist ethics and serves as an alternative inlet to topics and thinkers found within traditional Eurocentric curricula and some topics and thinkers that fall outside of these parameters. The inclusion of multiple voices offers unique resources and new tools for exploring philosophical possibilities. McBride also participated in a written interview/conversation with winham titled “What is Insurrectionist Ethics?” as part of the Conversations which will be published in the Autumn 2022 issue of The Philosopher, the official journal of the Philosophical Society of England.

Also, McBride gave online interviews on the book—one with John E. Drabinski for episode 36 of Conversations in Atlantic Theory: Lee McBride on Ethics and Insurrection: A Pragmatism for the Oppressed, and another with Andrea Pitts for The Philosopher: Moral Philosophy in a Disenchanted Universe. 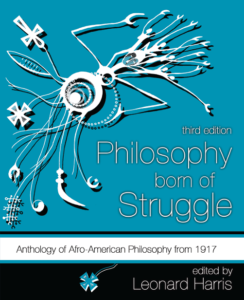 “Insurrectionist Ethics and Racism,” an article McBride published in 2017 that outlines themes further developed in Ethics and Insurrection has been reprinted in Philosophy Born of Struggle: Anthology of Afro-American Philosophy From 1917, Third Edition edited by Leonard Harris and published by Kendall Hunt in 2022. Philosophy Born of Struggle has provided a foundation in Africana philosophy since it was first published in 1983. This new edition of Harris’s anthology showcases the advance of research in Black philosophy over the last several decades and serves as a resource for students, young philosophers, and scholars looking to decolonize their curricula, histories, and scholarship for years to come.  “It is unreal to see my name in an anthology of this significance, sandwiched between articles by Leonard Harris and Angela Y. Davis,” said McBride.