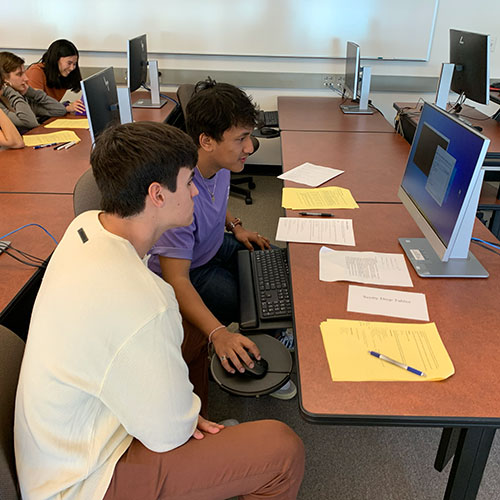 Eleven Wooster students participated as three separate teams at the Nov. 5 event. The team of Patrick May ’24, Taemour Zaidi ’24, Addison Walling ’24, and Eltahir Elawad ’24 secured first place while another Wooster team placed in the top 10.

“For some of our students, this was their first time ever participating in a programming competition,” said Drew Guarnera, instructor of computer science at Wooster, who also advised the teams. “We are exceptionally proud of all their hard work!” 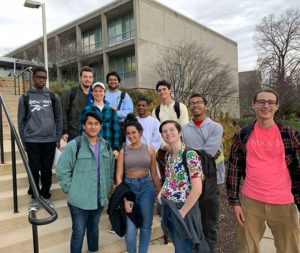 Since 2007, OWU has hosted the regional contest for teams of up to four students to work together using speed, accuracy, and problem-solving skills. Students spent four hours working through a series of six programming challenges to determine who could solve the most. A total of 13 teams competed from a variety of local institutions including OWU, Oberlin, and Denison.

Student Patrick May from the winning team said both the introductory and advanced computer science curriculum at Wooster provides plenty of tools that he used in programming competitions like this one. “I was part of last fall’s computer science problem seminar which focused specifically on preparing for these kinds of events,” said May. “That class significantly improved my understanding of built-in data structures such as queues, vectors, hash-maps, etc. which are all used in competitive programming.”

May said he and Guarnera mentioned the event to other CS students and received a larger turnout for the contest than he expected. “I really like the idea that other people share my (very) nerdy hobby of competitive programming,” said May. His teammate Eltahir Elawad agrees. “It was nice seeing good Wooster representation in this competition, and I would love to see more of that in the future,” noted Elawad.